Thank you for coming: Space

How to be together. A recurring question in the work of American choreographer Faye Driscoll. A reflection on intimacy, connection with and distance from the public, which takes on a particularly present-day dimension in times of pandemic.

The Hamartia Trilogy: Lolling and Rolling, Cuckoo, The History of Korean Western Theatre

An exploration of Western influence on South Korea, and how the past leaves its mark on the future. Three performances and two breaks where to taste the rich culinary culture of Korea.

A group of friends met in September 1990 to celebrate the birthday of an old ceiling fan. Wichaya Artamat returns to the festival for the second time with an almost cinematic theatre piece that takes place over the course of four days.

Togheter with Pool is Cool and Decoratelier, we bring the sun back, making the dream of many come true by building an open-air swimming pool next to the bridge Pierre Marchant.

What happens with a dead fish?

For the opening of the first public open-air swimming pool in Brussels, Lina Lapelytė creates new musical performance work for local choir singers about being a fish, going down, the fragility and eternity.

On the occasion of the opening of FLOW swimming pool, the festival organizes a talk with the young people involved in the building process of the pool. This discursive moment reflects on the right to leisure, the politics of spaces, and focuses on what’s at stake in the future months of this new Brussels project.

On stage, six dancers create images in solos and as a group around the question of instability, reflecting the political situation in Brazil where the Covid-19 pandemic has led to people feeling completely unsafe.

You left me my lips, and they shape words, even in silence

Halloubi’s new body of works serves as an archaeological journey into the Western gaze, directed towards the Maghreb region: how can one claim an identity, finally freed from its exotified representation?

The Invisible Adventure weaves the threads of three stories to create a single conversation that questions the impermanence of our identities.

A sonic journey through the streets of Kyoto that becomes an ode to theatre and its power to fire the imagination. 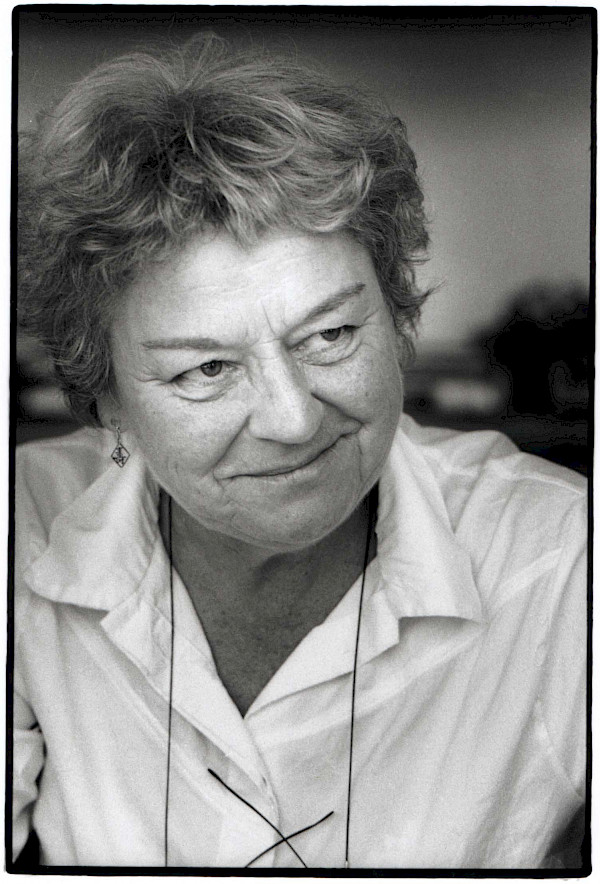 A participative space in which visitors can deposit or take away objects, stories, drawings, secrets and letters. 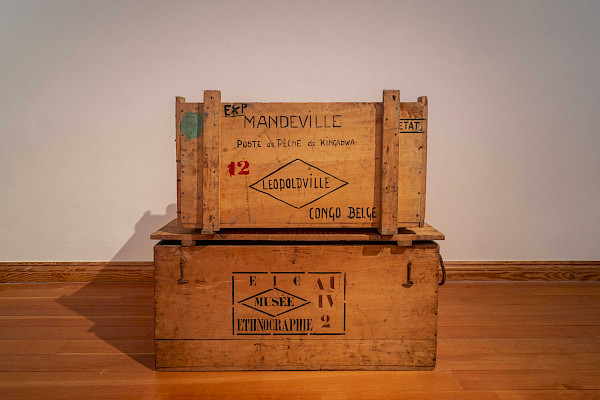 We can make rain but no one came to ask

Insects, birds, nests, leaves and flowers: a catalogue of natural elements disclosing a series of strange events in the Middle East’s recent past. 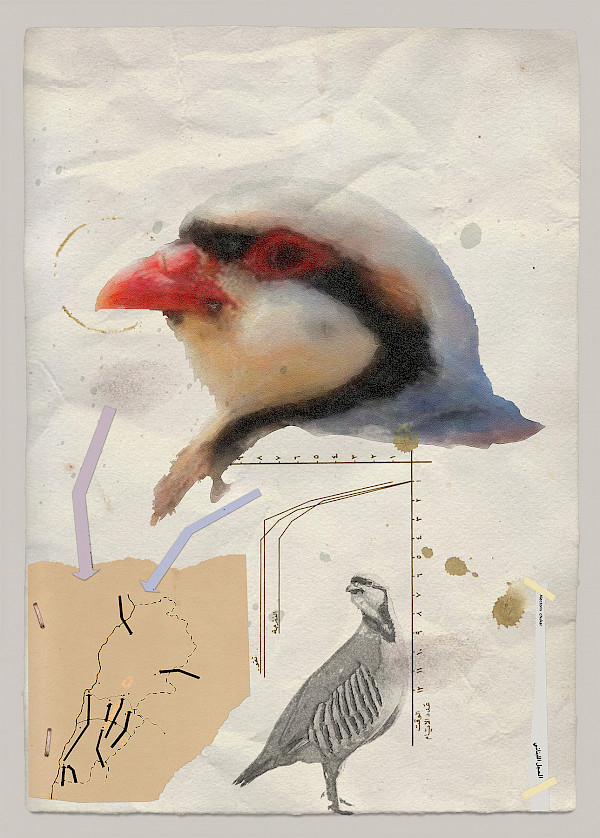 A semi-nomadic class held in various parts of Brussels over a number of months,  where there are no teachers or students but rather a group of co-learners, and that prefers experts in life rather than professional authorities. 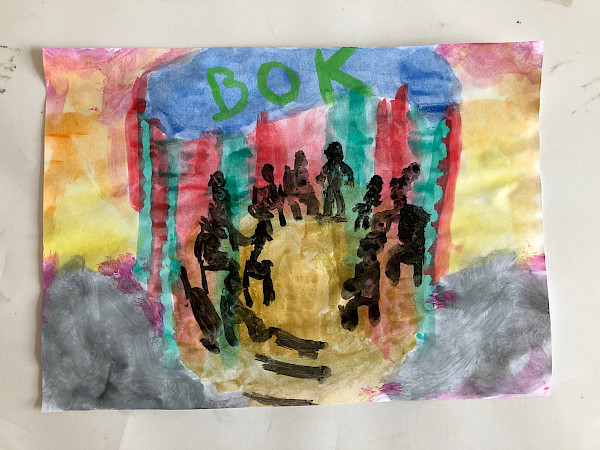 Inspired by Brussels and its multilingual, polyphonic vocality, Christophe Chassol has created a visually stimulating and sonic portrait of the city for the Kunstenfestivaldesarts. 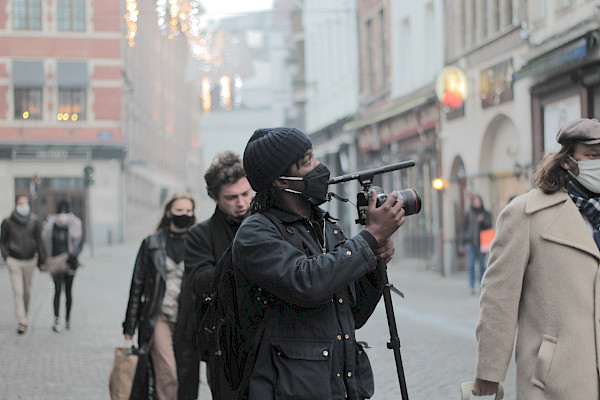 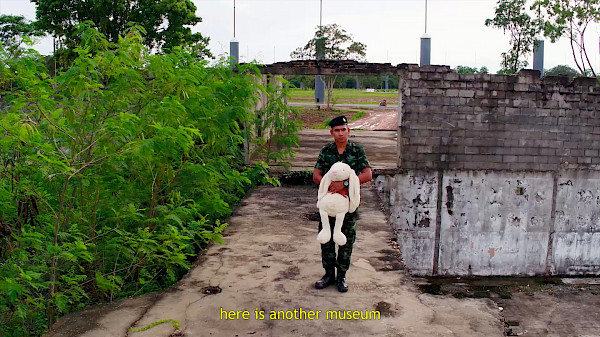 Pieces of a woman

Can we resist guilt feelings? Kata Wéber has written a trenchant, instinctive text. Together with theatre-maker Kornél Mundruczó, she welcomes us into a family home inhabited by an exceptional group of Polish actors who perform this text with naturalistic precision. 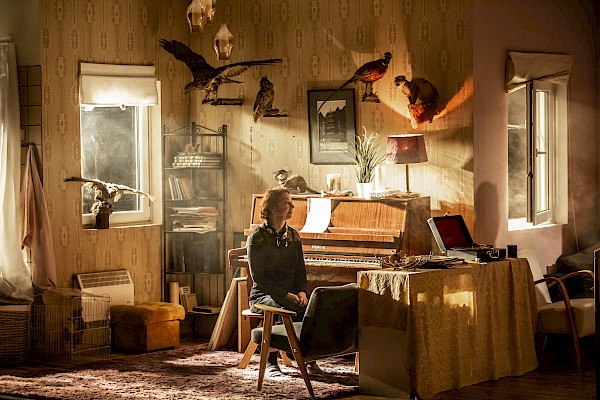 A choreography for five dancers, executed solely using the back. With the insistent use of buttocks Nadia Beugré challenges a strongly built and assimilated masculinity. 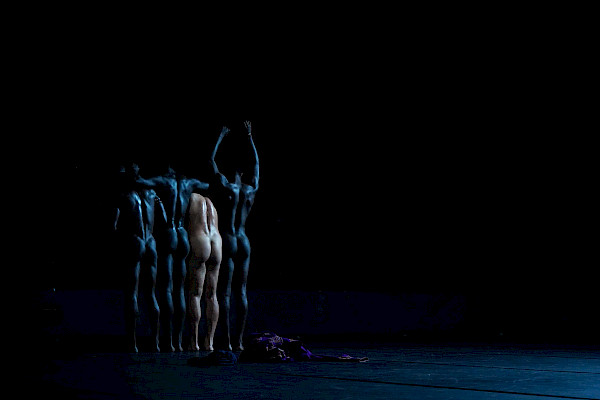 You are welcome at McDonald’s on Place de la Bourse/Beursplein for a series of live lectures by new professors, ready to share their knowledge for the first time. 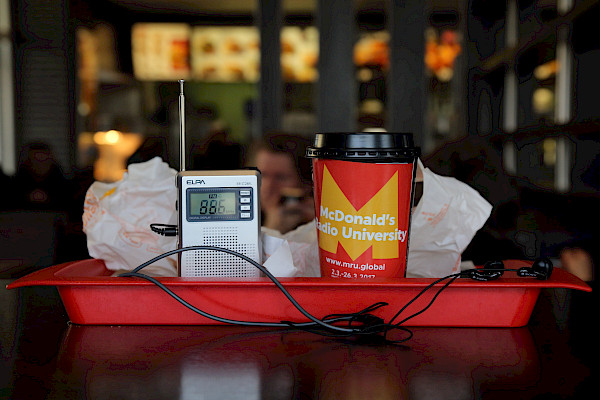 The Journey is a performance of a ship navigating a GPS content-related route inspired by time, history and current geopolitical data. A present and yet invisible performance at the festival, echoing the hidden nature of what is going on in the Mediterranean sea. 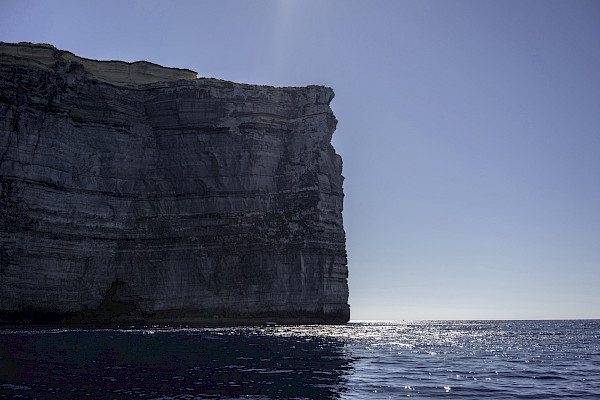 Starting from the story of Mado, her grandmother, Léa Drouet transports us in her new creation, Violences. In it, rather than representing direct violence, the artist works in showing the conditions that make it legitimate. 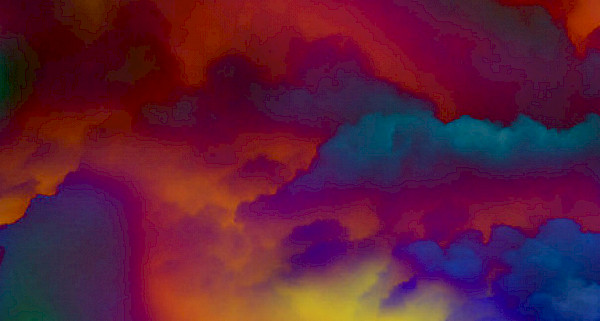 We follow six spectators in six filmed episodes. We follow them and learn how a theater play has become lodged in their memories and affected their lives in Brussels in the 24 hours that follow. 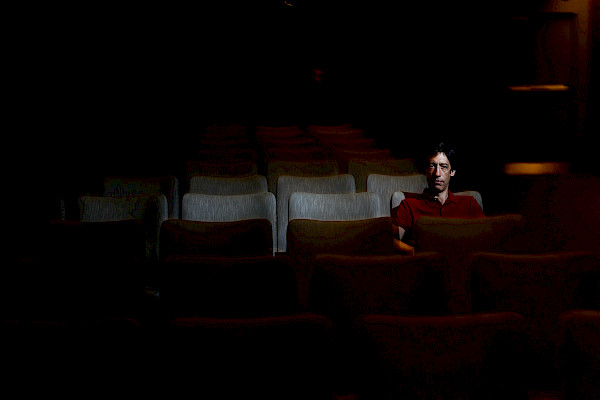 Tafukt is a dance solo created by Radouan Mriziga, a dancer and choreographer born in Marrakesh and based in Brussels, and the first part in a trilogy focusing on the semantics and mythologies of the Imazighen 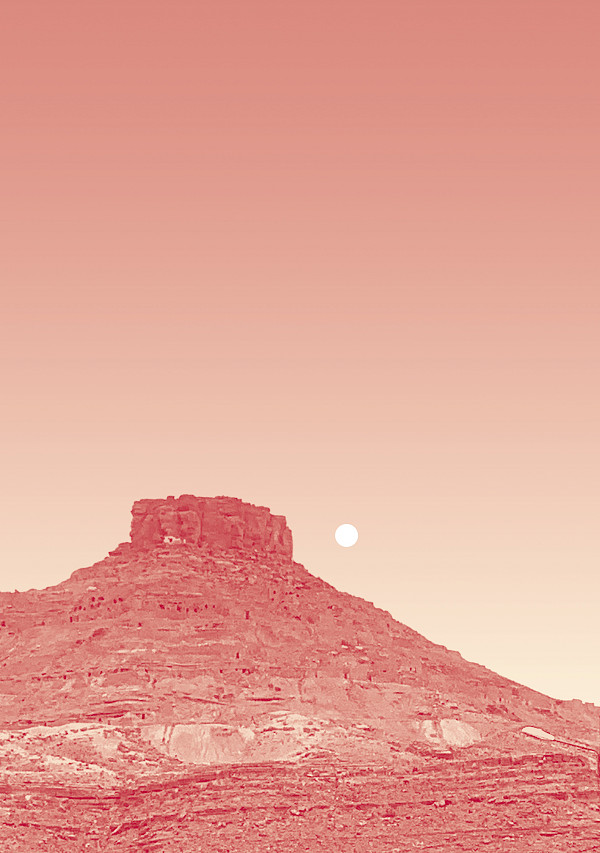 Frontera I Border – A Living Monument

By exploring a choreography of borders in which hip-hop culture, colonial tales, native practices and mysticism intertwine, Amanda Piña also reminds us that the border is not only a place but is also inscribed in the bodies. 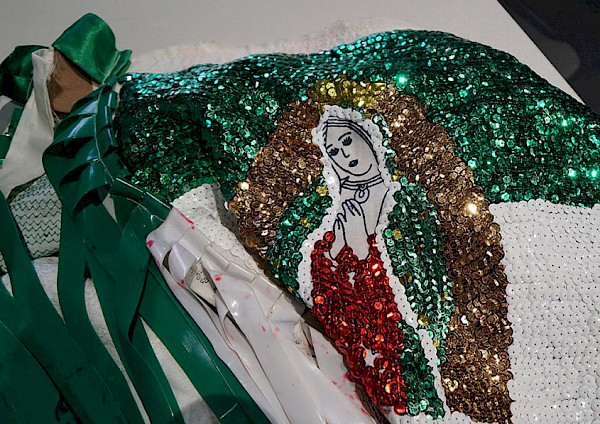 A powerful journey at the threshold between distance and proximity. After her successful choreographic masterpiece Fúria, Lia Rodrigues returns to share a new research with the Brussels audience. 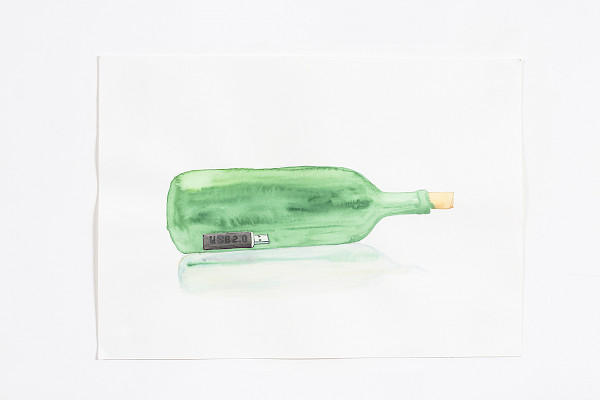 The Wake is a performance reflecting a fragmented geography, made of intimate stories and fables, songs and cries of revolt, demands and delirium. It is an assembly trying to make itself heard. 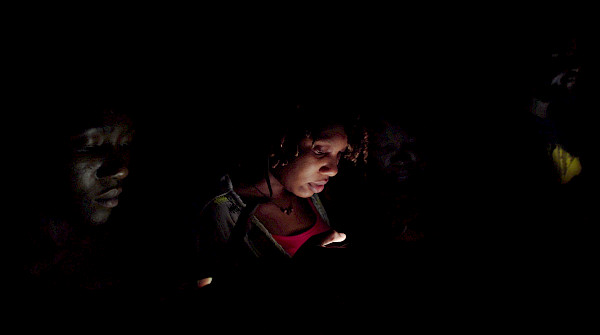 Conceived for the festival, Buster takes place on the Esplanade de la Cité administrative, between the federal police headquarters and Saint Michael and Saint Gudula Cathedral, and with the city as a background of its actions. A reflection on the law, the violence, and the comedy, on the role of actors who lend their bodies to actions that are not theirs. 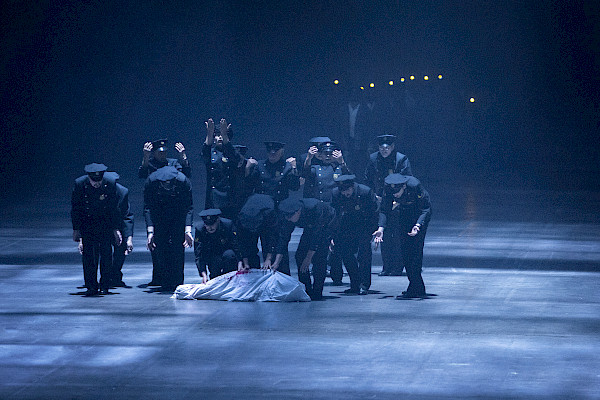 Set in the obscurity of a fictional night, each appearance in Mowgli is a wild experience: choreography, poetry, storytelling, The Jungle Book, the lyrics of Iranian singer Googoosh and the ones of PNL. 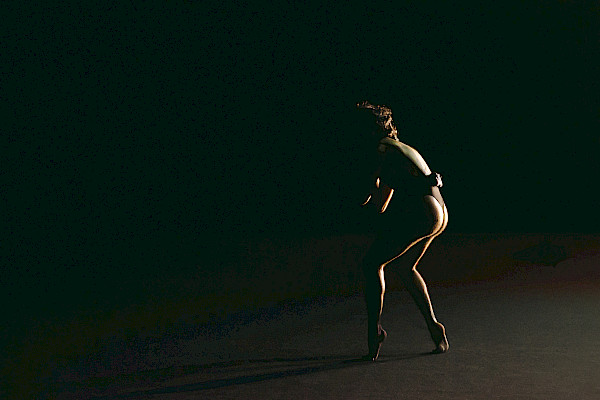 Following aCORdo and CRIA, Alice Ripoll is back for a third time at the Kunstenfestivaldesarts to present the premier of LAVAGEM. 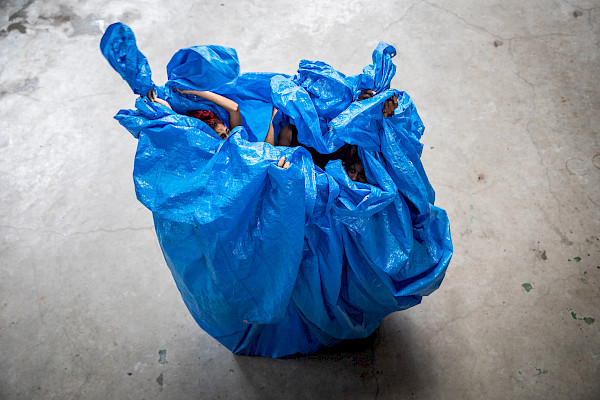 Okwui Okpokwasili recreates her legendary performance with performer Wanjiru Kamuyu. Built upon an exchange of notes between the two girls in the midst of a sexual awakening, Bronx Gothic looks to communicate what is essential about a body in transformation and the energies that run through it. 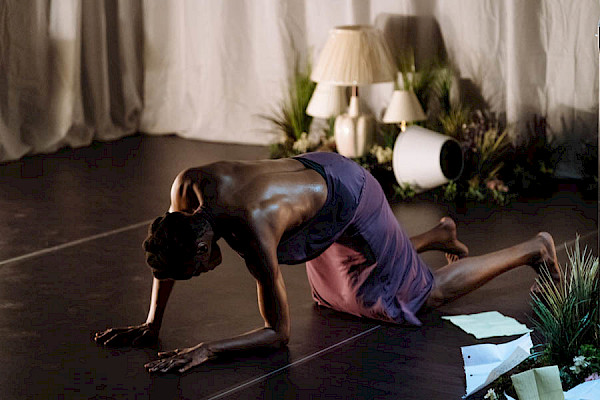 Edouard Louis together with Milo Rau, is creating and writing a new theatre play, performed by himself on stage. The two artists wrote The Interrogation, a solo performance exploring the thin line between acting, living and surviving. 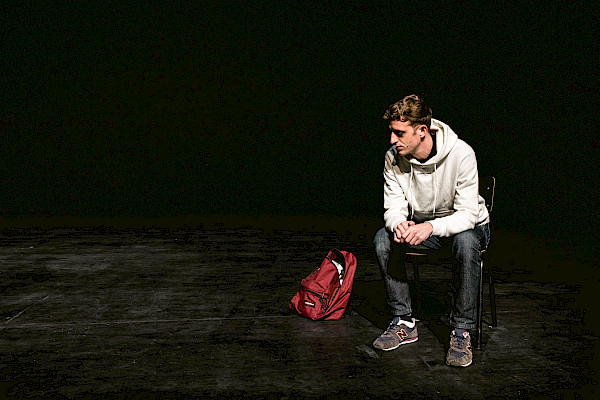 Ayaka Nakama welcomes us into a Japanese garden that contains multiple references, a place where the idea of mono-culture is abandoned; a garden in which to sit, to swing on the swing, or to eat something from one of the food stalls. 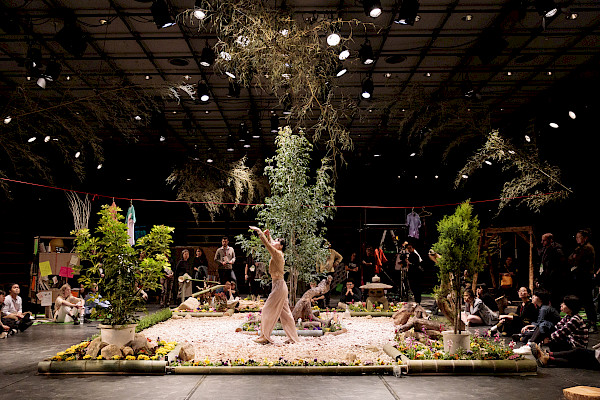 By focusing on the infinite versatility and musicality of human speech, Suite n°4 is a celebration of what is most vivid and most fleeting about humanity: its voice. An archive of ghosts, to let all those valuable but otherwise unheard voices resonate one last time. 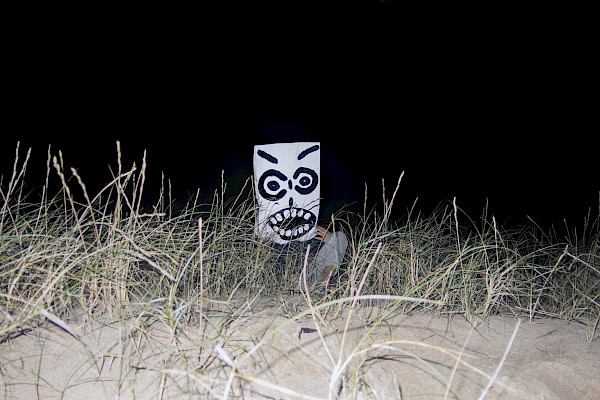 For the festival, Adeline Rosenstein takes a seat at a table and turns the theater into a radio station where live broadcasts will take place over three days. She retraces an investigation into three contexts and generations of women in struggle. 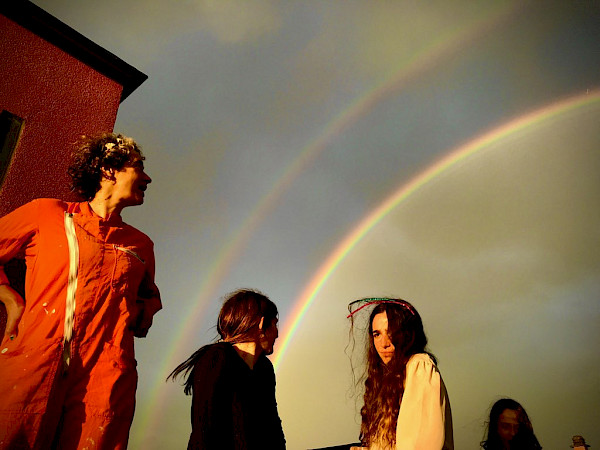 For ten days, four artists – three of which are based in Brussels – work in four spaces in the Kaaistudio's: another sort of ‘contamination’, and to its importance within the art scene and to its future. 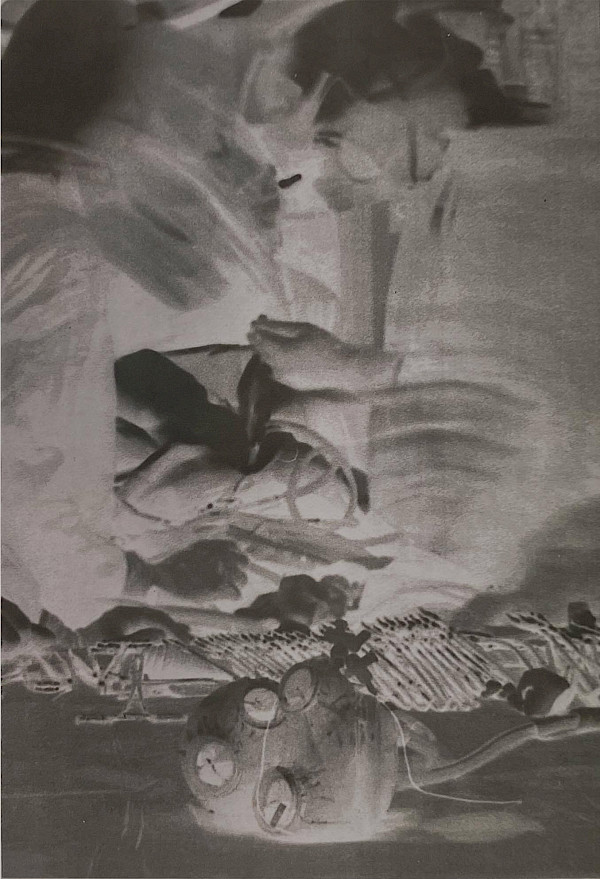 Stream of Thoughts is a programme of online encounters that accompanies the festival. In journeying through the nuances inherent in the idea of contamination – via reflections around exchange, togetherness, transmission, (r)evolution, and coloniality – the live streams will punctuate the month of May. 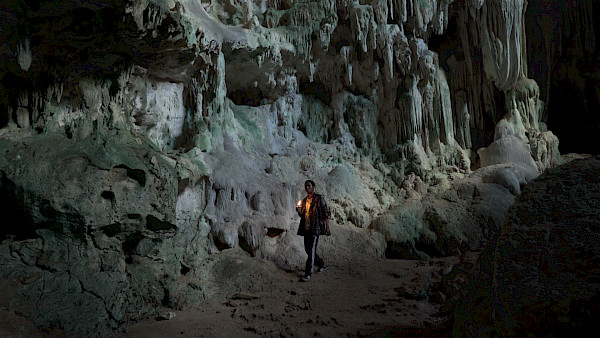 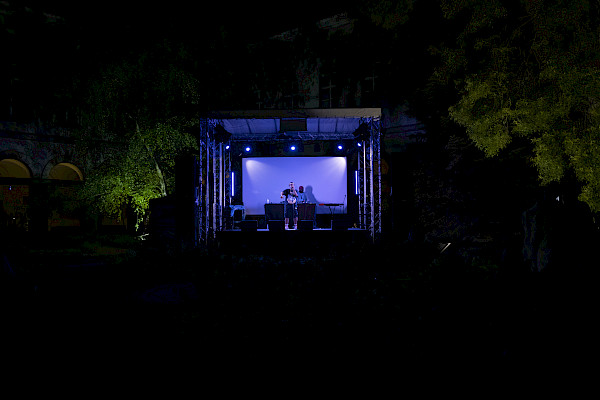 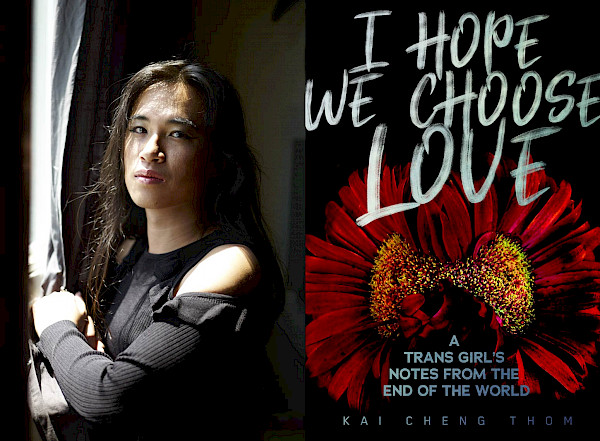