For three years now, secondary school students at the Institut Sainte-Marie (French-speaking) and Atheneum Brussel (Dutch-speaking) became acquainted with each other while immersing themselves in the world of contemporary art. Over this more intensive past year, artist Sarah Vanhee was invited to embark with them on a journey of research and co-creation, as an extension of bodies of knowledge: an alternative, nomadic classroom initiated in autumn 2020, which will be active during the Kunstenfestivaldesarts. Through a series of workshops, the students have experimented with different formats, strategies, and practices that support the flow of knowledge. This concerns the embodied, invisible knowledge that nourishes a more just society. They started by exploring what they themselves want to learn: How to become independent? How to choose who to vote for? How to learn about sexuality? How to be aware of violence? How does the justice system work? etc.

With the pandemic, the possibilities for meeting in schools and in the public space have radically changed. An introductory moment will nevertheless allow the public to meet the students and their acquaintances, to learn from one another, across the generations. 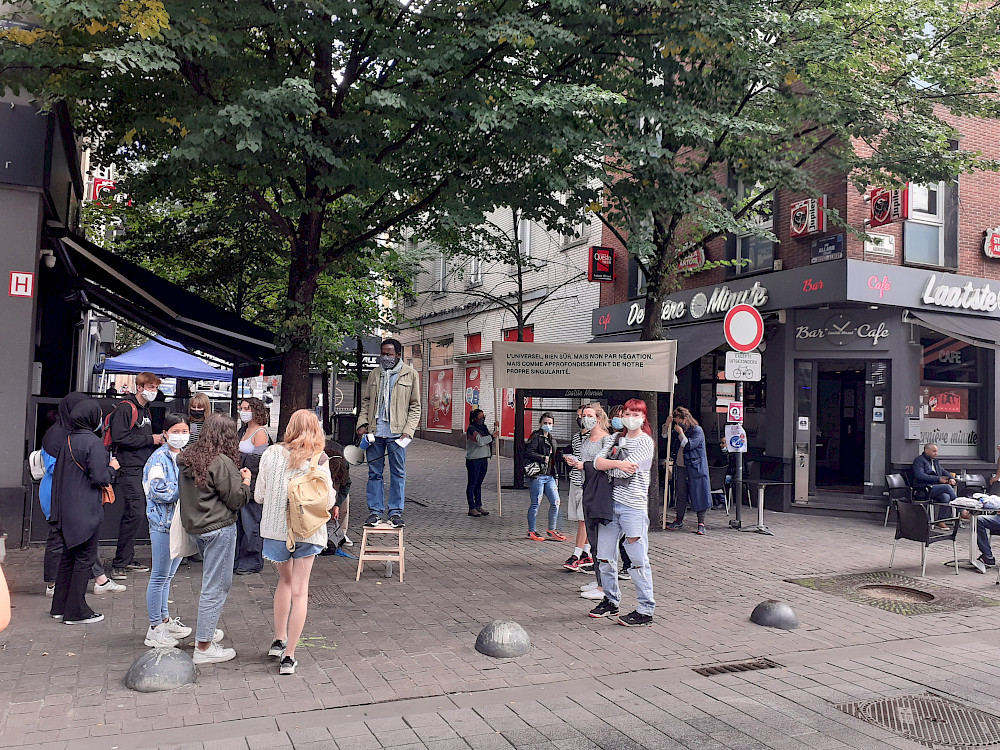