Seek Bromance, the latest creation by Samira Elagoz (known for his performance Cock, Cock… Who’s There?), is a trans romance situated at the end of the world somewhere between insta-reality and sci-fi dystopia. It shows a relationship between two transmasculines who met during the beginning of the pandemic, who both have a history of performing extremely feminine characters but who have very different attitudes as to what masculinity can be. The images that Samira Elagoz captures with his collaborator, Brazilian artist Cade Moga, document their relation, from the moment they first met to their final breakup. But they also document Elagoz’s long farewell to his femme identity. A painfully beautiful, deserted world, as if a virus had wiped everything out, and they could only be infected by each other. With just a car, some cash, and a supply of testosterone they expose the integral dynamics of masculinity and femininity.

“And whether it is strangers to film, boys to kiss, or long term comradery, there’s this constant search.”

Samira Elagoz toured the world nonstop for five years with their performance Cock, Cock… Who’s There? (SPRING 2017) which dealt with sexual violence. After touring so many years, Sam realises that the show started as a genuine ode to being a woman, but revealed itself to be a farewell to being one. In Seek Bromance, in the form of a cinematic performance, the audience is invited to follow a transformative relationship between two people who got to know each other in an extreme moment, the global pandemic. SPRING’s artistic adviser Karlien Vanhoonacker spoke to Samira about their new work.

You chose Seek Bromance as the title of your new work. Why?

It seems that I’m looking for something in all of my work. And whether it is strangers to film, boys to kiss, or long-term comradery, there’s this constant search. My previous works were about first encounters, this time I wanted to find something more lasting. Another recurring topic for me is masculinity and men. And I feel like my previous projects had me searching for masculinity as an outsider when I was still identifying as a woman. And now this is me seeing it as a fellow bro while identifying as a trans masculine.

Seek Bromance is originally a 2010 Avicii song with a music video of two bros going on a road trip with a third wheel chick. I feel like that could be the tagline of my work.

The term ‘bromance’ is used for the first time in the 1990s by auteur David Carnie to describe the intimate friendships between men in the skater scene. What does it mean for you now? How would you like to use it in the 2020s?

I’ve seen bromance used mostly in a straight cis male context [“cis” describes a person whose gender identity matches their sex assigned at birth, Ed.]. Personally, I like to apply it to trans masculine solidarity. There is an understanding I’ve experienced with trans masculines that I haven’t with other genders. For this work there were situational aspects I fantasized about, where the chemistry between the characters would grow naturally and believably as they go through ‘life-and-death’ situations together, being protective of each other, having no judgements, and an elevated affection. Add to this the bonding act of administering masculinising hormones to each other and a homoerotic tension. I imagined the bromantic notion of Us Versus The World would seem very real in the midst of the Covid crisis. Things didn’t quite turn out as such though.

How did the pandemic and its consequences affect this creation?

Utterly and irrevocably. The plans I made to collaborate with several artists across the globe were squashed. And the project took on a completely different form once I arrived in LA to film one of my first collaborators. We met at the start of the lockdown, and spent the next few months together, filming and driving, making each other crazy in a variety of wonderful and confronting ways.

Is it a portrait of life during the pandemic?

Not really. I didn’t want to make a covid work, but the backdrop of that is of course unavoidable. And the effects it had on our interaction, on my transitioning, the cabin fever et cetera, have all shaped the work considerably.

You were at SPRING with Cock, Cock… Who’s There? a piece in which you addressed several issues. One of them made you go into not only the male gaze / male behaviour but also in how society imposes a certain behaviour on women and how they see themselves and how women have internalized that. Just after your piece came out, the Me-Too movement started. A lot of the issues addressed are on the agenda. Do you see real changes happening?

Awareness for one. But I do think it’s a misconception that mentioning something is somehow the same as changing it. The true changes will come from the next generation having grown up with these terms and concepts. Changing the minds of individuals is always a losing battle. But having people grow up with the right rhetoric, of equality and respect, of conscience and accountability, that is what will change the fabric of our society. We are too close to notice the actual change, too much is negligible or seemingly temporary when you’re in the thick of it. But when I see youngsters adopting these values, mates calling each other out on unacceptable behaviour, that makes me hopeful that we can truly be better.

You toured Cock, Cock… Who’s There? across the world for a couple of years. In many places, the reactions were quite intense. How did touring the piece affect you? How did it affect your view on the subjects you tackle in the piece?

I was often put in a position where I had to defend not only my subjects but also my own actions. Justifying post-trauma behaviour may seem a bit redundant, but it did give me insight into myself and the people I’ve encountered. Every Q&A, or panel, or magazine interview gave me another opportunity to revisit my responses. Those were eventually honed into a pretty unique understanding of my status. A 20/20 hindsight if you will. Little did I know the process of that work would eventually lead to a realisation I wanted to transition.

In Cock, Cock… Who’s There?, personal experiences strongly shaped the content you worked on within your work and how you developed it. Do you work in a similar way this time too?

That work was more about events, this is about transformation. Cock, Cock… Who’s There? featured 68 men, Seek Bromance features only one. The subjects of my last work came and went quite quickly, now I spent three months with someone. Another difference is that this work is a lot about character development, and seeing change. In my last work, the characters were more static.

You started transitioning and using hormone treatment during the process of this work, how did it affect the making of the piece Seek Bromance?

Completely, you could say it’s a foundational piece of the project. 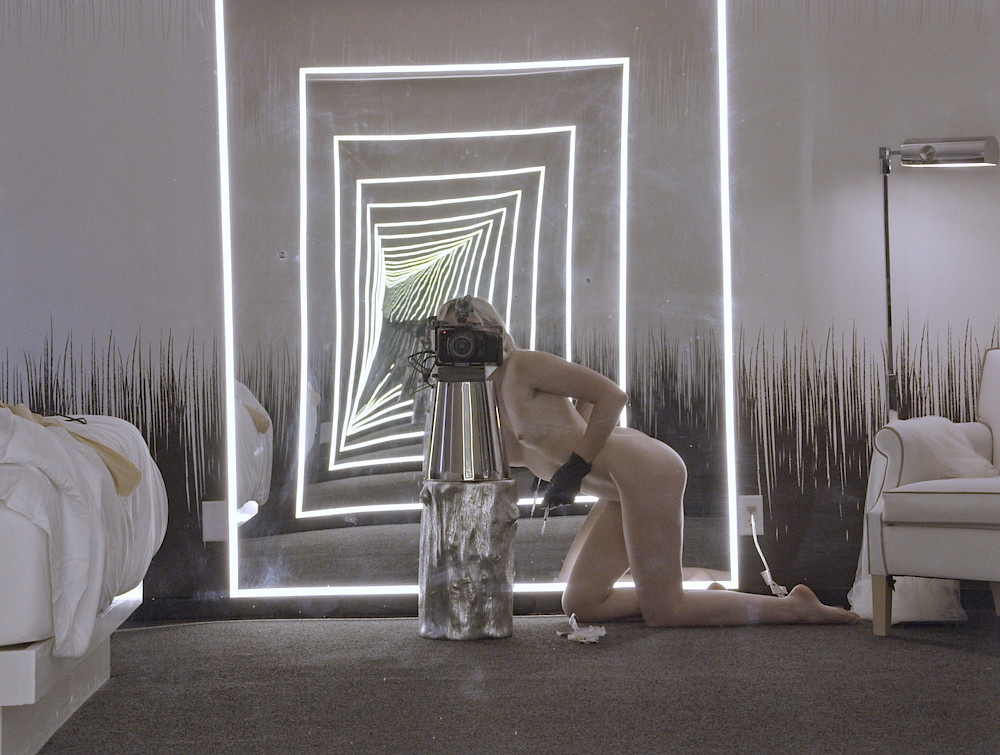 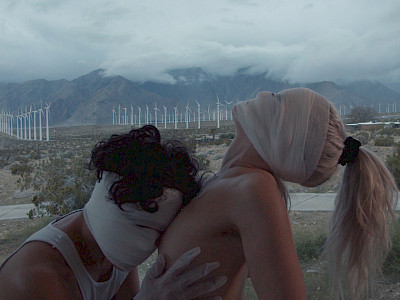 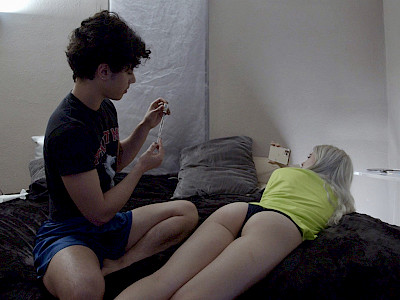 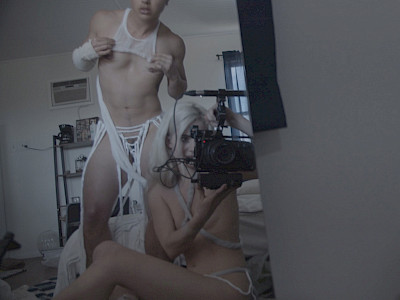