In medical terms, APHASIA, the title of Jelena Jureša’s new creation, refers to a condition that robs you of the ability to speak or to find the words to form a complete sentence. APHASIA, the performance, reconstructs an evening in a nightclub, in a post-war region, some thirty years after the war. A woman dancing in the sweaty, partying crowd suddenly recognizes the DJ. She carefully studies his movements, comparing them then and today, and she gradually makes out the face of a war criminal who was never convicted: “the man who kicks the dead”. Together with musicians Alen and Nenad Sinkauz and dancer cum actress Ivana Jozić, Jureša questions the dynamics of polarization, compliance with authority and the lure of group violence. In the setting of a night club, she brings us face-to-face with the absurdity of the collective silence that so often surrounds crime. A central role is set aside here for the bystanders. What does it mean to be a witness? To participate tacitly in violence?

APHASIA performance is developed at the intersection of music, film, storytelling, and dance. Immersed in the atmosphere of a nightclub, the audience physically participates in an intimate investigation of violence, the world of perpetrators, bystanders, and individual responsibility. One can imagine the audience’s attention gradually shifting from an archival film to a DJ set, to a dance solo, to an integrated concert, intersected by the interventions of the female narrator who ponders about the “monsters and us”.

In 2004, on the occasion of the so-called “Yugoslavia Tribunal” in The Hague, the Croatian author Slavenka Drakulić wrote They Would Never Hurt a Fly, a poignant testimony about war criminals and about “us”; notwithstanding that perpetrators usually get more media space than victims, and despite legitimate fears that discussing the criminals’ motives at length might extend understanding towards them. Yet her text – which clearly refers to what Hannah Arendt wrote about the Eichmann process 40 years earlier – is a profound account in which Drakulić searches with utmost care for an answer to the following question: what is it that turns a pleasant, affable individual, the kind neighbour, into a criminal.

The moral standpoint we occupy as distant witnesses, judging the psychology of an individual faced with war or societal havoc, rests on ability to distinguish between good and evil. However, research teaches us that situational power triumphs over individual power. Under distinctive circumstances and severe social pressure, ordinary people can commit the most unimaginable crimes.

Whispers, rumours on perpetration and standing by, complicity and violence; every revolution, every genocide, has its soundtrack.

Starting point – “A kid from the neighborhood”

The point of departure in the performance development is an anecdote about DJ Max. A pioneer of electronic music in Belgrade, and protagonist in one of the most infamous photos of the war in Bosnia – where he is seen kicking in the head a dead Muslim woman previously killed by Serbian paramilitary forces. Millions of people have seen it. It was taken by the American photographer Ron Haviv and published worldwide. Sontag wrote about it, Godard made a short film about it and journalists have cited it as a photo that shows everything you need to know about the war.

After the war, Haviv’s photographs became part of a large collection of photographic and video material consulted as evidence – frequently of critical importance – in criminal prosecutions at the International Criminal Tribunal for the former Yugoslavia in The Hague. Several court proceedings, starting with the trial against Slobodan Milošević, called on the photo as evidence to establish the command responsibility of the Serbian authorities for the crimes committed in the former Yugoslavia. Several witnesses would identify the soldier as Srđan Golubović, a former member of the Serbian Volunteer Guard, known as Max on the battlefield and DJ Max in Belgrade.

In his only interview, DJ Max says he is from a nice part of Belgrade. He tells the interviewer that if he were sentenced to death and had only one phone call, he would call his mother. And that, of all his flaws, his worst is that he cannot wake up in the morning and is grumpy till noon. It was early afternoon when he kicked the dead woman on the pavement. In the interview, he does not mention that he was in the war. When the interviewer asks, “Who is DJ Max? Who are you?”, he replies, “A kid from the neighbourhood.”

Populism: Shoes that are too tight

The process of becoming a perpetrator is a gradual one. In small and often seemingly meaningless steps, influenced by a complex interplay of actors and factors, perpetrators evolve on a continuum of destruction. During the execution of or involvement in crimes, the perpetrators change. Step by step, they learn something that most of them do not know they are capable of.

A crucial motivation in our choice of APHASIA stage production lies in the fact that we want to focus more deeply on the notion of the perpetrator, and complicity, by experimenting live with the position of the bystander. What does it mean to witness something? In a disturbing nightclub-like setting, we engage directly with the spectators and engage them with questions about group dynamics, polarisation, and obedience to authority. Through theatrical seduction tools – live music set by Alen and Nenad Sinkauz, and the performance and dance move by Ivana Jozić – APHASIA team is focusing on the seduction mechanisms on which populism feeds: suddenly, everything appear possible, anything is allowed, like kicking off shoes that are too tight.

Forming groups by creating a distance from others

Any discussion of music as a weapon of seduction or torture will necessarily focus on the interplay between music, human emotions, and the physical body. We want to put the focus on music as a tool for not only connecting and mobilising social groups, but as a tool that has the power to serve as a call for action – even call to arms – in the name of nation or a state. Moreover, we wish to examine how, over time, the indispensable other, and the logic of “us” versus “them” is implemented through bonding and building a sense of community.

This performance is developed from the film project APHASIA, 2019

→ see also: Voicings of Attempts and Temptations, The Politics of Music 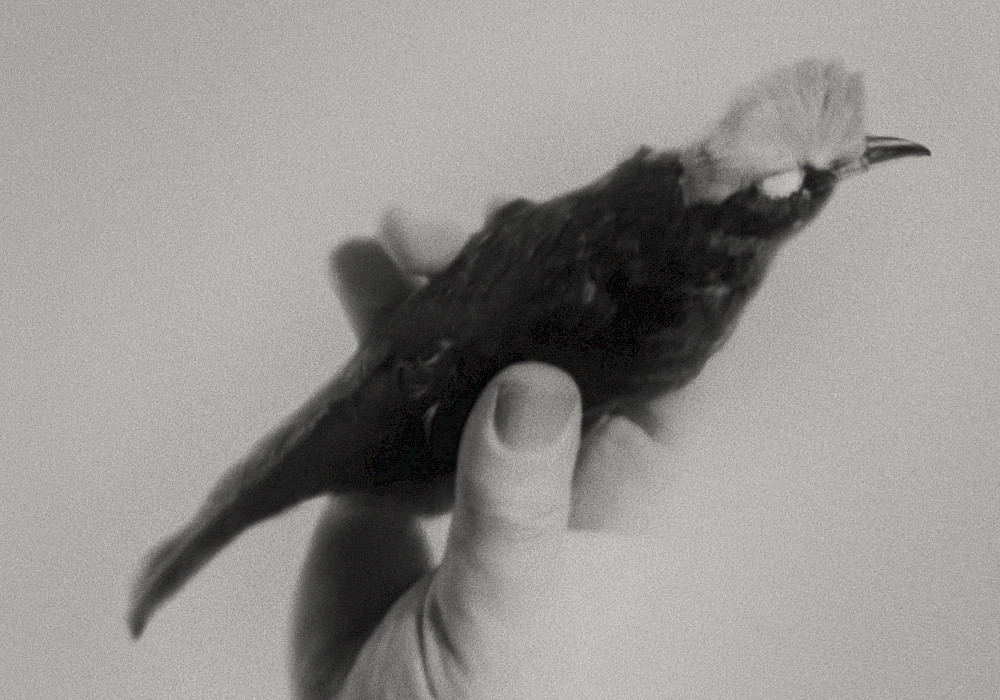 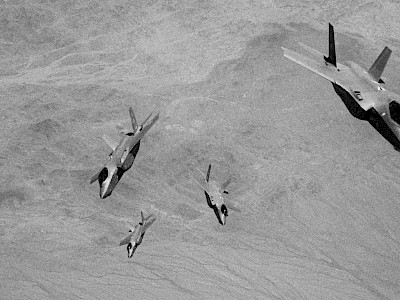 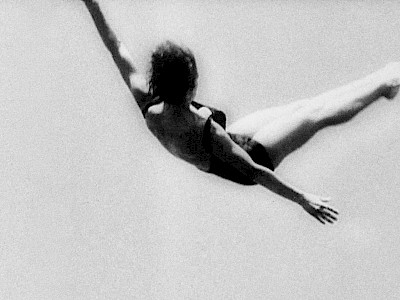 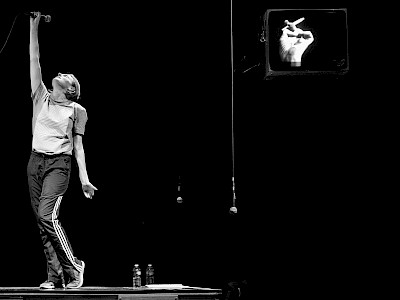 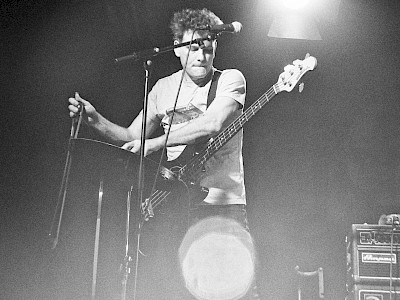 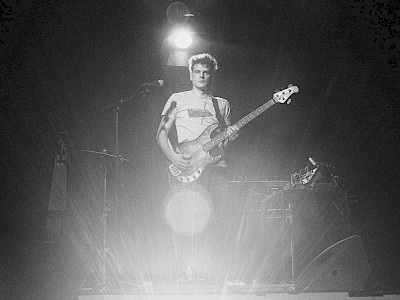 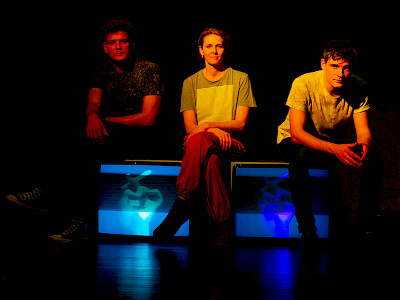 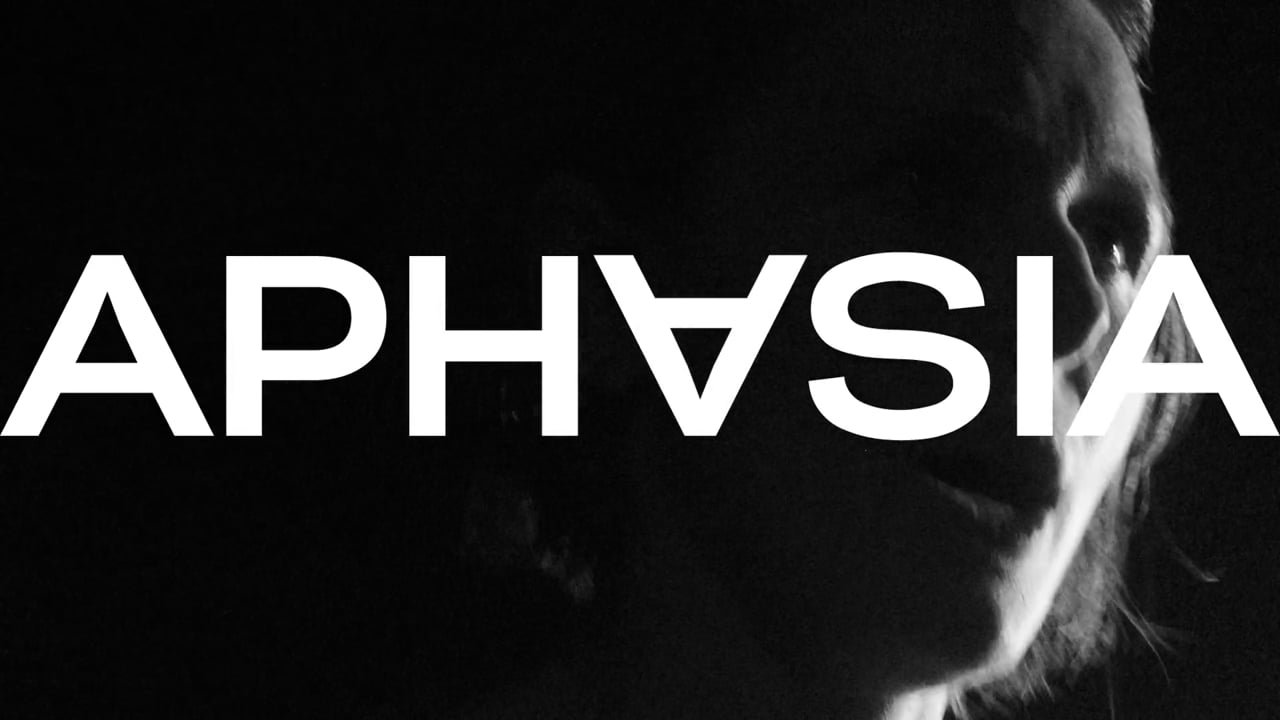