How can theatre deal with our lack of communication? “Aucune idée”, says Christoph Marthaler, Despite the cheeky reply to this vexing question, his new creation demonstrates that he still has much to say on the matter. Aucune Idée (“no idea”) centres on two neighbours – delightfully played by actor Graham F. Valentine and viola da gamba player Martin Zeller – in a somewhat quirky building. They verbalize in English, French, sometimes in German. They proclaim famous Dadaist poems and deliver dissertations on the tricks played by a joke letterbox or a vindictive radiator. On the landing of their apartments, the derisory meets the absurd, news from the outside takes on the air of advertisements, and Bach mingles with the sound of tv show credits. They are lost in the ridiculousness of everyday communication, unable to find each other except when they play together. Music acts as a common ground and meeting place, with no need for other communication. Cheerful and spirited, Aucune Idée bubbles with humour and music, creating a manual of practical philosophy for a world in the process of reinventing itself. Christoph Marthaler returns to the festival with an unmissable performance that celebrates the life that lies behind our little mistakes and big failings.

This event is sold out on our website, but there are still some tickets available via the Halles de Schaerbeek box-office (contact: + 32 (0)2 218 21 07 - reservation@halles.be).

What do the Swiss director Christoph Marthaler and Scottish actor Graham F. Valentine have in common? They’ve been friends since their student days, of course, they share a certain inclination for singing and music, they’ve done a large number of shows and jokes together, and have a pronounced taste for an elegant kind of irreverence. And here they are again, joined by another old friend, viola da gamba player Martin Zeller, for a show carrying the self-explanatory title: Aucune idée (“No Idea”).

One day in the early 1970s, in a chance encounter that has since become legendary, the young Graham knocked on the door of a boarding house run by the Marthaler family in Zürich, the city where he had come to study literature. After a kind of initiation ceremony, which was hilarious or scandalous depending on who’s telling the story, the lanky student became an actor and singer for the boarding house owners’ son, Christoph.

From the Rote Fabrik, the hub of Zurich’s independent scene, to the Cour d’honneur of the Palais des Papes in Avignon, from a student boarding house to the faded ambiance and bygone luxury of the Hotel Waldhaus in Sils-Maria, from a Zürich pharmacy taken over for hours to perform Satie’s Vexations to a thundering Lear created last spring at the Munich Opera House, Christoph Marthaler and Graham F. Valentine have trodden their path together, all except in a straight line, but not just any old how: production after production, the actor has gradually become a leading figure as knowledgeable as he is goofy as the organiser of the hapless communities musically orchestrated by Marthaler: a tyrannical butler, a deadpan master of ceremonies, an inept coordinator or a blind tour guide, he holds power yet is controlled by it, observing everything out of the corner of one eye but not batting an eyelid. They ended up in together Vidy on the edge of Lake Geneva a few weeks after lockdown and created this new production with the Zürich-based musician, the wonderful viola da gamba player, baroque cellist and occasional actor for one and the same Marthaler: Martin Zeller.

The director, a modest but radical reformer of musical theatre, a foodie and a lover of familiar rituals, dedicates his show to this exceptional actor and singer. So here is a man who has many doors he can walk through. Inside and out are mixed up in this confused place in random surroundings, ins and outs with neighbours, anticipations and irritations filled with tunes featuring the same old stories and everyday problems. The pathetic and the absurd appear alongside each other, the news from the outside seems like advertising or riddles, and Bach is blended with the pomp of TV credits. It’s Franz Kafka in a light comedy with its slamming doors, the lover of constraints Georges Perec humming Marin Marais, the dadaist Kurt Schwitters in full Scottish gear looking for flour and a couple of eggs: we’re in the home of Graham F. Valentine or his alter ego – he becomes the concierge or gives a tour of his landing – or is it of his brain? – single-handedly multiple and choral.

Aucune idée is not a manifesto or a provocation; rather it’s a poetic art form or a way of living, a cheerful and tender way of inhabiting time and the world. A practical philosophy supported by humour and music for use in a confused and uncertain world in the process of reinventing itself. The kind of role that could only an actor like him could play. 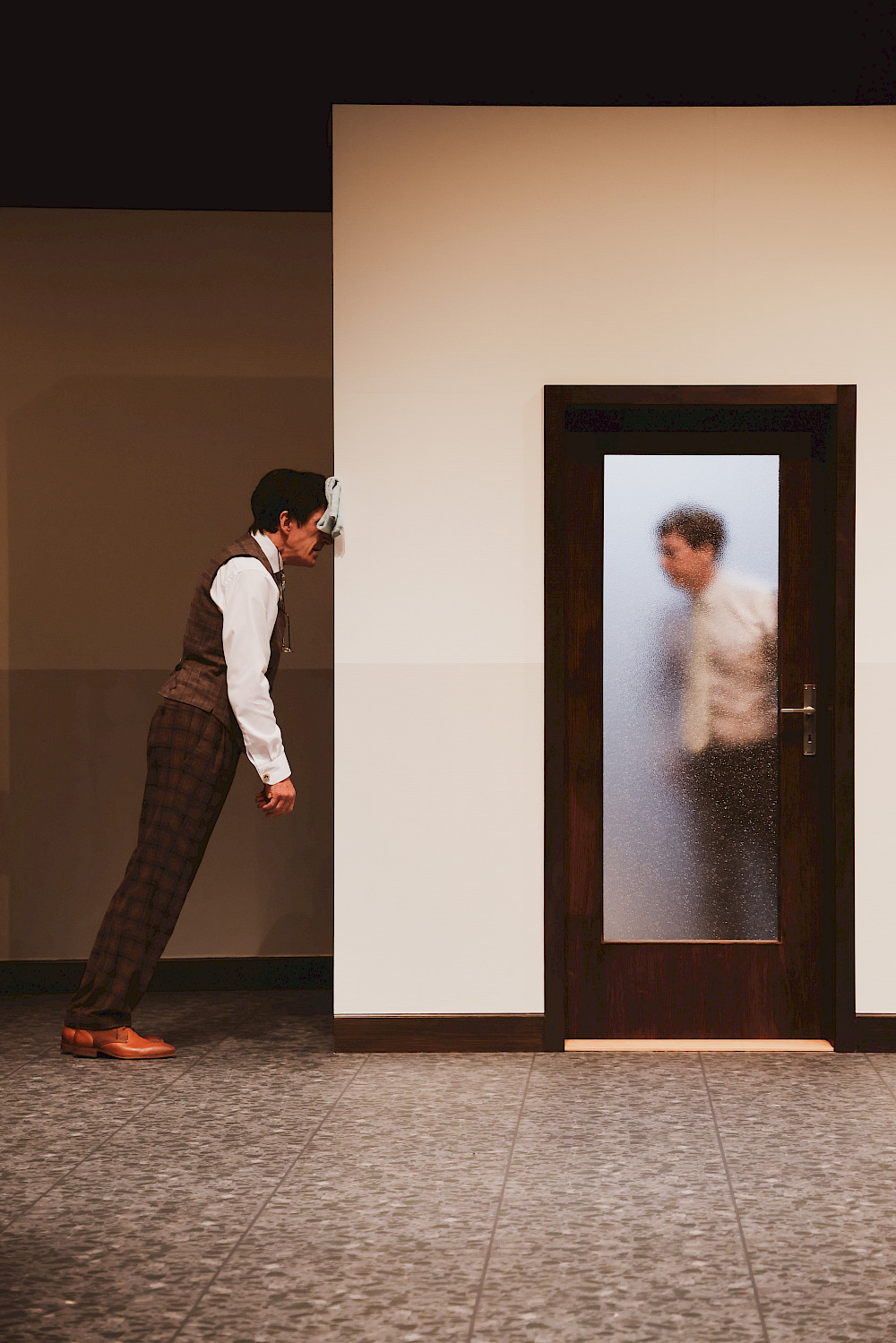 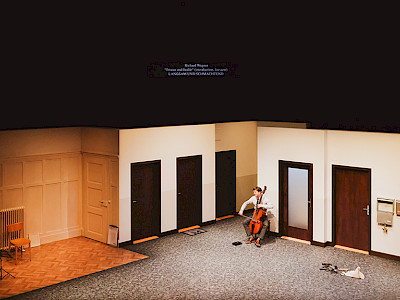 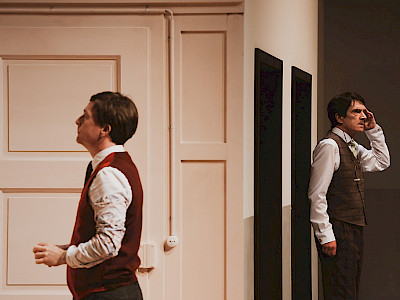 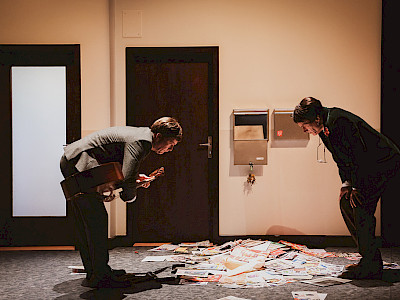 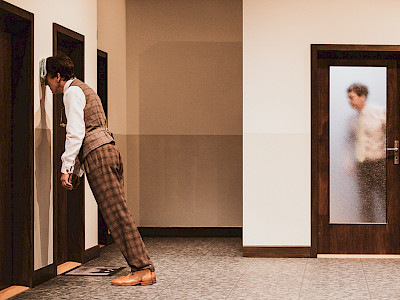 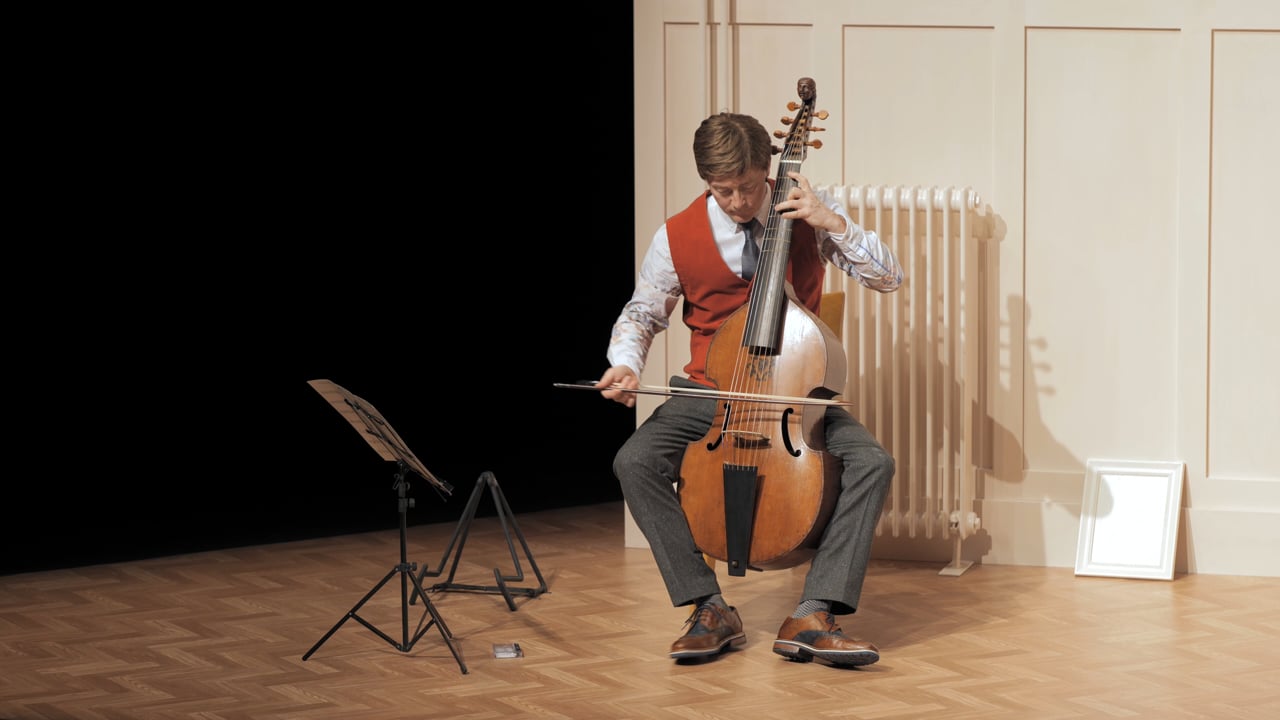