After studying Oriental dance in Morocco, then contemporary dance in France, Bouchra Ouizguen returned to live in Marrakech and undertook to develop a local choreographic scene. In Madame Plazaperformed at the festival in 2011, she shared the stage with three performers from the tradition of Aïtas, cabaret singers who are both celebrated and scorned as loose women. In HA!, Ouizguen again meets up these unconventional women who have become dancers in her company. And she thrusts their troubled bodies further into an abandon isolating them from the outlines of their identity. Starting with a song written by the Sufi poet Jalal ad-Dın Muhammad Rumı, Ouizguen has set out to probe the obsessions lurking in each of us. With a tension between formal writing and an unavoidable loss of control, far removed from any kind of exoticism, the quartet sing and dance madness, this “richness of reason” relegated to the fringes of society. A truly liberating experience.

Unprecedented flesh in the indefinite

An artist of extraordinary encounters, Moroccan choreographer Bouchra Ouizguen plays with expectations of what will be seen, always silently referencing her North African heritage.

What is striking about HA! is the space. It is a very black box. A volume frequented by darkness, inhabited by four silhouettes sheathed in black leotards. Simple and clean profiles. But black on black. Porous figures imprinted over the general element. Dry forms ready to be diluted in the space. The four women wear white Mediterranean scarves tied on their foreheads. A unique contrast. Four white marks. Plain fireflies in the black box. Our gaze cannot help but follow them.

And through this black of the bodies in the darkness, this white of the heads flitting about and connecting to one another, the whole space starts to crack and disintegrate, becomes ordered, hardened, established. The eye has to bore, slide and shift. To be suspended then to advance, to wait and then go out of control. HA!is a world of expansions, disintegrations and shiftings, but also of aggregations, coagulations and shocks.

The fact of lingering over an impressionistic description like this speaks volumes about the general qualities of the world put into movement by choreographer Bouchra Ouizguen. About the way in which HA!, and Madame Plaza before it too, has left audiences shaken. And about the horizons of the imaginary unfettered geography sketched out by this Moroccan artist when she introduces membranes that float between the worlds.

Who are these women? Bouchra Ouizguen is a dancer, but strictly speaking Kabboura Aït Ben Hmad, Fatema El Hanna and Naïma Sahmoud are not. They are contemporary performers who have suddenly appeared from out of the ordinary; from an elsewhere outside international (or "western") circuits of skilful contemporary expression.

It is worth relating an anecdote dating back to the creation of Madame Plaza in 2009. The choreographer was presenting her project at a press conference for the Montpellier dance festival. Straightaway there was a question stating that since this piece puts four Moroccan women on stage, what is its message about the veil? The choreographer's reply was that this is not what her piece is about.

It made no difference. The same question kept being asked. The veil. Again the veil. Reduction to a single motif, a mask making any mental understanding of an Arab female opaque. There is an insistence, envisaging that in its globalised image the veil in the 21st century functions as an exact and necessary counterpart to the lustful exposure of orientalism of past centuries.

She spent part of her childhood in France, in what was a very Catholic setting. And the rest of it in Morocco where, like many others, she learnt North African dance which evolved into an interest in dance in general. She moved on to studying at ex.e.r.ce under Mathilde Monnier at the CCN in Montpellier, then Bocal, the ephemeral experimental underground action-training module driven by Boris Charmatz. Bocal and ex.e.r.ce are geared towards theories and art-performance practices.

Today Bouchra Ouizguen lives in Marrakech. There, as in Tunis, attempts have been made to develop a contemporary choreographic scene on the French model but the network of French institutions means artists get minimum visibility. However characteristics persist of the Moroccan choreographic scene: the lack of home-grown production and venues for work, of supervised training and finally, relatively, of audiences. Overall, indifference.

Does this mean that dance does not exist in Morocco? Bouchra Ouizguen meets Kabboura Aït Ben Hmad, Fatema El Hanna, Naïma Sahmoud. These women have inherited the legacy of the Aïtas, so are more like singers, invited to perform at celebrations, weddings and cabarets. In the eyes of social conventions, their assignation is typical of the sacrificial figure of the stage artist: sought after, celebrated and at the same time relegated, despised as women on the wrong side of the tracks.

Bouchra Ouizguen's partners are not young girls any more - far from it. They are full figured and impressive, with a physical temperament and marks on their faces suggestive of unusual journeys, of life not being kind to them. These are very strong stage artists. These women combine an awareness of people's gazes. Often theirs is projected far away (an inner focus radiating connexions). They are presences. Single presences. Heavily charged.

How can Bouchra Ouizguen be positioned alongside them? Her rounded flesh brings her closer to them. She stands out for having a more "current" general expressiveness and an assured mastery of movement as a dancer. But always connected, a discrete leader when the insistence of the tempi has to be sustained and confined. It is like the dialogue between them has been grafted on, hybridised. There is no dramatisation of a limited register of otherness.

The choreographer Maguy Marin formulates into words and gestures this principle of the appearance of a varying element, authorising the unexpected in the invention of a rebellious trajectory to what would be, without it, a predestination of forms of generalised social control. This figure appears effective for evoking Bouchra Ouizguen's encounter with the artist from Marrakech's old cabaret Madame Plaza.

The encounter between these people from such distinct artistic worlds allows each one, whether they are from cabaret or a member of international contemporary circuits, to realise their emancipatory potential when addressing the other. A freedom of the body and mind reigns in Madame Plaza. It only works in one direction. A new configuration of artistic futures is sketched out.

But here, it is only illustrated, experimented on in the implementation of a choreographic form. It is felt through a situation that is effectively experienced. Bouchra Ouizguen's pieces emerge from the kitchen of her flat. They spend time there. They discuss. They skim through. Moments of lives shared. Then these pieces start their journey. Moving in the country. Human. A journey without a projected production or deadline other than the time it takes to exhaust the available budget. Time in the studio comes much later.

Close analysis is required of the articulations between the modalities of an artistic production and the ensuing forms of performance. Without necessarily removing herself very far from Marrakech physically, Bouchra Ouizguen's pieces are conjugated in a convoluted circulation. The very corpulence of their performers suggests something indistinct.

In Madame Plaza, three Moroccan benches surround a loose space. Later, the handling of this modest furniture, turned round, aligned, rearranged, modulates a fantastic labyrinth of fragmented spaces. In the set of nothing, four women abandon themselves to a languid period of waiting. But concealed from the univocal violence of the conventional expectations of male looks, almost as if they were prostitutes, to which their presence is usually doomed.

Bouchra Ouizguen opens up a production laboratory of bodies; their uneven presences, detached from their uses of monumentalised exhibition, diffract them in surfaces of interpretative projection; abstracts them from their conventional regime of assignation, and comes as close as possible to a concept of deterritorialised imaginations. A humour of tranquil joy, of patient fantasy and authorisation, imprints the languidness of these women busily reinventing themselves. Through physical games, attempts, articulations. Hence the good but cruel joke of a memorable performance of gender in the masculine.

Madame Plaza has left a memory of being turned upside down, terror-stricken and happy. As if on return from a North Africa of women who have given birth to themselves in a mosaic of unprecedented sonorous flesh - these artists continue to sing - this piece appears to express again the good news that there are no limits to what a body can do. Darker and more underground, HA! went to a village of insane people in Morocco. In the popular practices of a heterodox Islam, places of pilgrimage see mentally ill people pour in. Some linger there, looked after by brotherhoods. Frequent ceremonies, between incantations and trances, not easily transferable outside folklore, have the benefit of a social treatment of mental illness, pre-Foucauldian in a way. Dance.

The bodies in HA! were therefore able to lose themselves a lot more in abandoning the self, transgressing the identifying edges of personalities. It was also about suggesting the meaning of the inexhaustible poetry of Jalāl ad-Dīn Muhammad Rūmī, when he writes at the sources of Sufism:

"Ask me about Love,

and I will tell you the essence of madness.

Ask me of an intellect gone mad,

and I will show you a soul departed for good.

Ask me of a hundred calamities,

of a hundred life transformations.

Ask me of a hundred deserts engulfed in fire."

The question suggested by the captivating discovery of HA! cannot be avoided. This piece is structurally dedicated to being circulated on the international stage network where it can only gain ground with a charge of strangeness. So carrying the marks of an extraordinary product from a quite different culture, in part secret, it is confronted here with the peril of being hijacked by the inexhaustible mental convolutions of exoticism. That involves a responsibility of how it is viewed which exceeds the powers of its authors and performers.

Bouchra Ouizguen is currently occupied with a different encounter with the Moroccan writer Abdellah Taïa. All his literature is shaped by the existential 'bricolage' of his childhood in the working class districts of Rabat. There, in defiance of the proscribed norm and religious precepts, thousands of circumlocutions and divergences of a (homo)sexuality in paradoxical freedoms are practised. Having chosen nevertheless to live in Paris to fulfil his gay future, working with Bouchra Ouizguen, Abdellah Taïa is impatient to incarnate a mobility in performances of gender inspired by popular Arab tradition, not just by theories from American universities.

Published in Mouvement on 31 October 2012

Created in Montpellier in June 2012 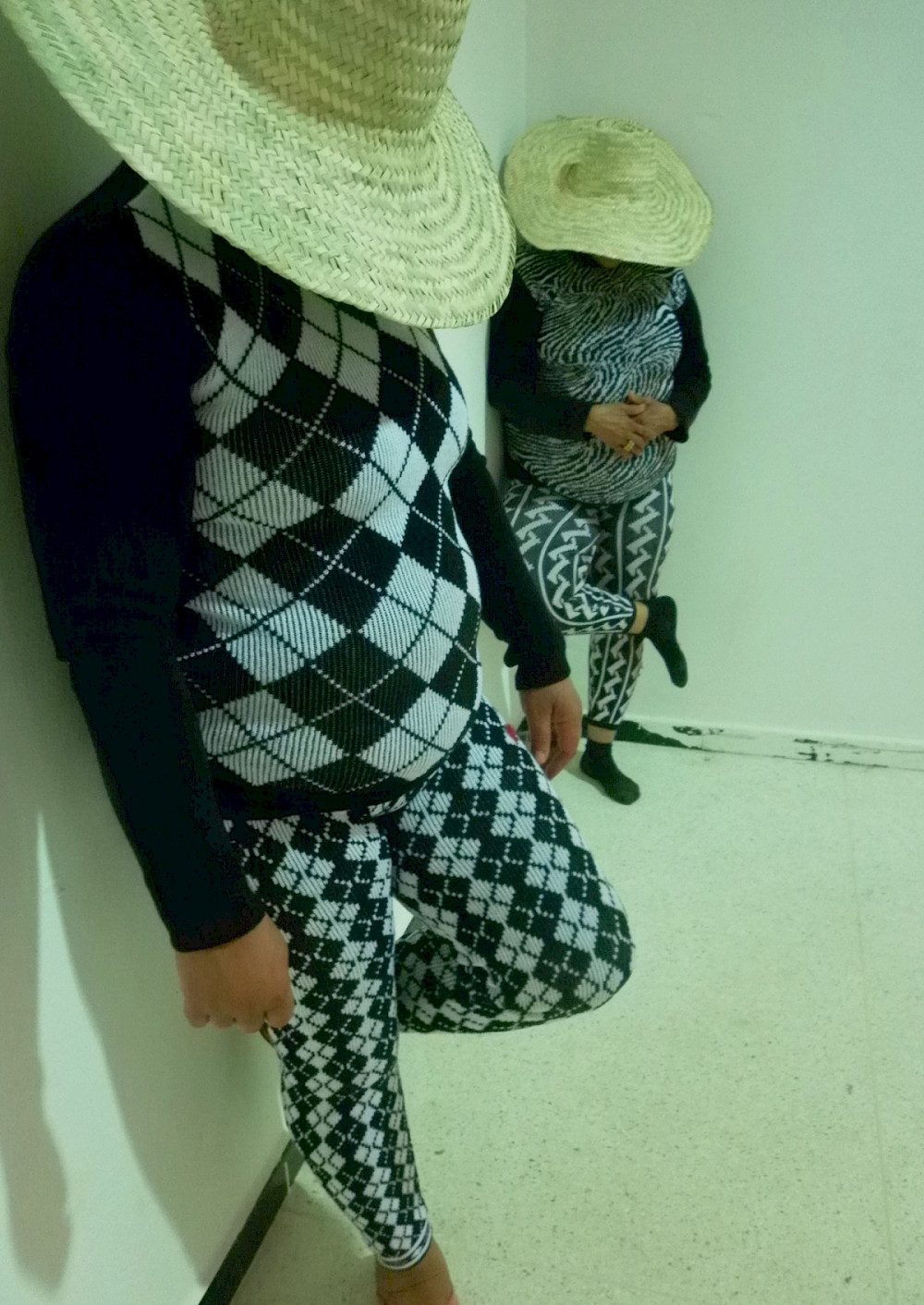 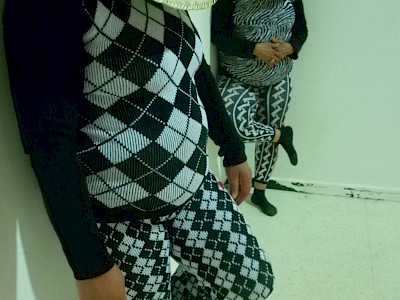