The Invisible Adventure explores themes of identity and transformation using autobiographical words. Three actor·resses equipped with earpieces into which recorded interviews are played interweave the voices of three people who have been forced to reinvent their identities. After suffering a stroke at the age of 37, an American brain specialist studies the damage inflicted to her own brain from the inside, with her complete loss of memory forcing her to recapture memories, including of her own gestures and phrases. An artist revisits the photographic work of the queer surrealist artist Claude Cahun by means of rituals around death. Finally, a man born with a degenerative disease, and the first patient to be given a complete face transplant, lives with the face of a man 25 years younger than him. For ten years or so, the Swedish director and film-maker has been producing work that is a combination of theatre and cinema, rooted in vast documentary material from which he takes exceptional stories and metamorphoses them into poetic, sensitive and political accounts. In The Invisible Adventure, he weaves the threads of three stories to create a single conversation that questions the impermanence of our identities.

What was your training as an artist?
I started out as a press and radio journalist. For several years I hosted my own national radio show in Sweden. I learned how to find topics, to tell stories, to communicate with an audience. But soon enough, I felt limited in my practice. I wanted to have more freedom in the formatting of the topics. Then I enrolled at the Dramatiska Institutet (Stockholm University of the Arts) to become a producer and stage director. Today I use journalism as a research tool for my creations.

Are you still working from documentary material? What attracts you to certain topics?
My departure point is always situated in reality. I’m constantly researching. I classify the stories that challenge me and that stand out in their singularity, based on themes. When I begin a project I usually isolate myself for a while in order to go through my archives, and then I ponder over the material that can be combined together, which I find interesting. I often look for stories that have a sensational, even spectacular side. But they must also have a poetic or mythological dimension, something that can create an experience not only for me as a creator, but also for the audience. An experience that opens up different layers of thought and makes associations… It takes time to find stories that have this potential, but when this happens, it’s magic.

What interested you in the three stories that were brought together for L’Aventure invisible, and what do you think links them?
L’Aventure invisible emerged out of a twofold interest. The first was for the surrealist artist Claude Cahun, whose photographs I find fascinating, very queer and mysterious. I borrowed the title L’Aventure invisible from one of his surrealist writings. I liked it straightaway. It’s both naive and profound, like a children’s saga or adventure story. I knew I wanted to create a work with this title. Secondly, I was fascinated by facial transplants. I had researched a Frenchman, Jérôme Hamon, the first man in the world to have received two complete facial transplants. The starting point of L’Aventure invisible was a sort of challenge to myself to create a work that questions the notion of identity by combining these two stories. My research was conducted over two years, and the project extended into the story of Jill Bolte Taylor, a brain scientist who lost her memory following a stroke and had to reinvent herself. These three stories challenge the idea of a stable identity and offer more complex interpretations of what it signifies “to be”. Claude Cahun said that we are never one, but multiples: “Under this
mask, another mask; I’ll never stop lifting those faces.” She readily quoted Arthur Rimbaud’s “I is another”, to which she added “and multiple, always”. As for Jérôme Hamon, he calls himself “the man with three faces”: his original face, the one he received after his first transplant, and the third face, received after the second transplant. As for Marianne Ségol-Samoy, the Franco-Swedish playwright and artistic collaborator with whom I work, we interviewed her several times in Paris. She told us about receiving the face from two donors and how it affected her perception of herself. An important question for me was: if you lose your face and receive someone else’s, are you still the same person or do you become someone else? Is there an inner self or are we, in fact, always multiple selves?

When you interview real people, how do you then construct a character for the stage?
In most of my shows, I create some sort of sound scenario: I record interviews with real people, I rewrite parts and make edits, much like when I was working in radio. On stage, this sound score is played – through a hidden earpiece – to the actors, who are the voice of the interviewees. This method allows the rhythm to be maintained and the sensation of oral speech. I try to stay true not only to what the interviewees said but also to how they said it. This technique affects both the writing process and the actors’ interpretation. On stage, they speak while focused on what is transmitted to them through the earpiece. The result is something raw and genuine, and at the same time strange and distant.

Autobiographical texts or personal testimonies are at the heart of many of your pieces. The stories in L’Aventure invisible all pose the question: How can you cope with yourself as another? Why do these reflective voices fascinate you so much?
Jérôme and Jill are going through a radical transformation. Jill has a stroke, Jerome undergoes a face transplant twice. There is a ‘before’ and an ‘after’, as is common to many stories. But in this specific case, I have the opportunity to take a deep look at what is really going on at the very moment of the transformation. These people tell the story of their metamorphosis in its most intimate way. The themes of identity and transformation are recurrent in my work. Here they are reduced to something essential. But I’m also interested in the art of storytelling and what artistic practice can create, as an existential tool, almost like a spiritual practice.

Barbara Turquier is researcher at La Femis. Her Ph.D thesis treats on the relationship between the city and the avant-garde cinema. She also wrote a series of articles on experimental cinema. 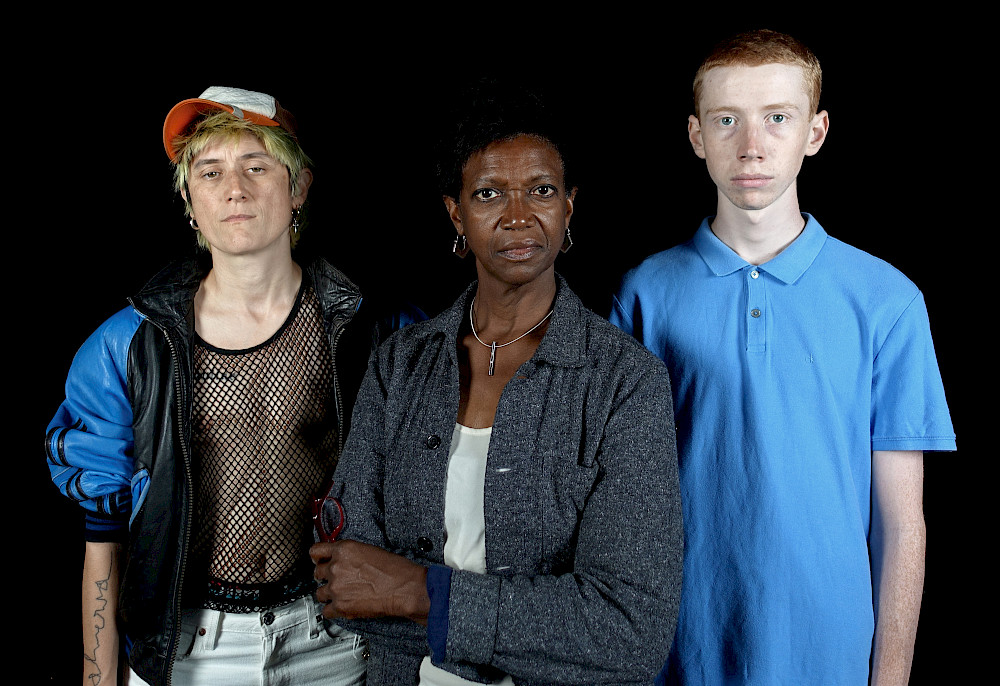 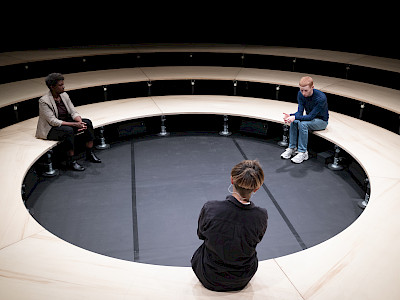 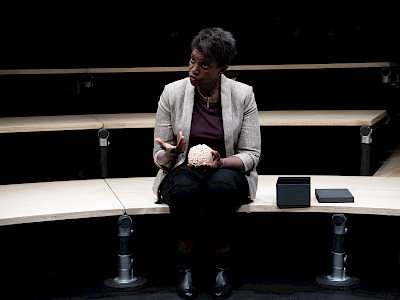 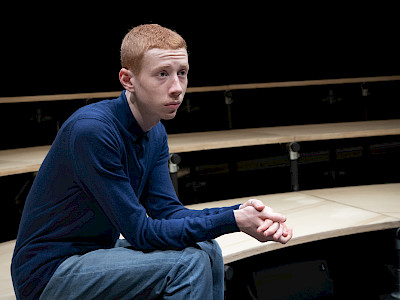 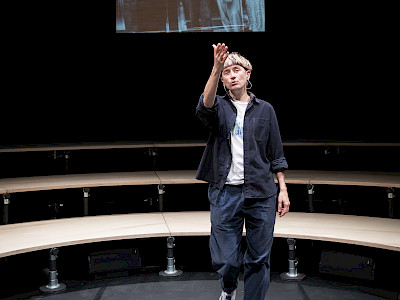 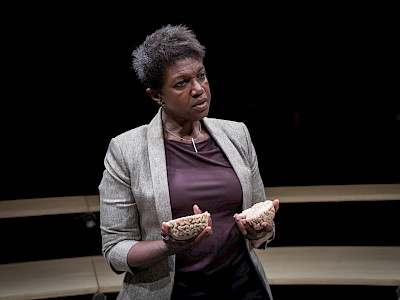 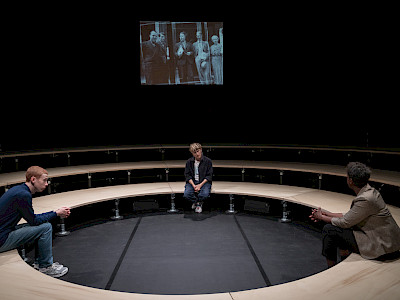 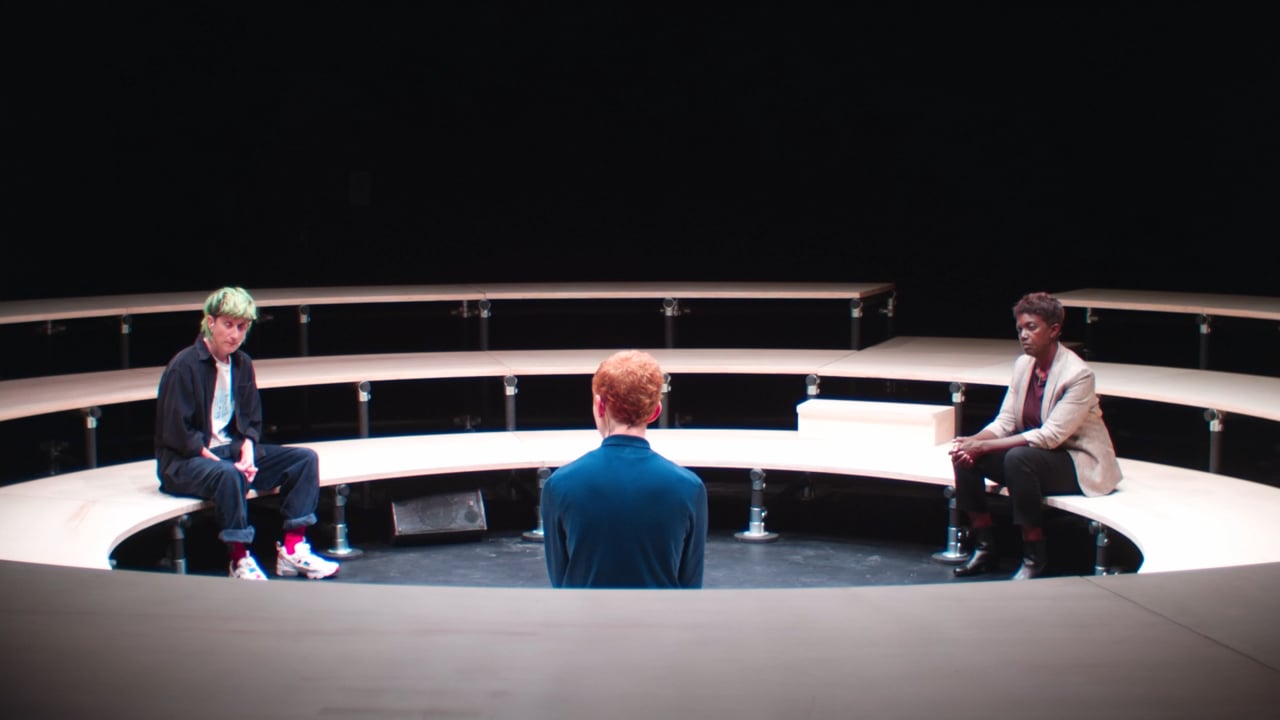