Performing a swaying walk, which can be both lively and sinuous, and supple undulations and movements from the waist, the faces of the five dancers choreographed by Franco-Ivorian Nadia Beugré are not visible. The choreography that connects them and which is executed solely using their backs is inspired by dance techniques and styles that principally utilise the pelvis. With the insistent use of buttocks, these practices are seen as being more feminine, challenging or even chipping away at a strongly built and assimilated masculinity. If the issue of gender has always featured in Nadia Beugré’s work, in L’Homme rare she tackles it more head-on by offering an inversion of the perception of “male / female attributes” and questioning the attention paid to bodies and the qualities attributed to their movements. Starting with a game that blurs our perceptions of gender, the choreographer places the spectator in the position of a voyeur, which the artist connects to the outcome of her research on our understanding of the body, notably black and male, in history and today. With references to a series of old photographs of slave markets in the Ivory Coast consulted by the artist, L’Homme rare also becomes a reflection on the history of Europeans’ gaze on black bodies and its persistence today.

The ambiguity lurking in each of us

After several pieces dedicated to free, resistant and struggling women, now it’s like you’ve gone in the other direction by bringing to the stage a group of men in heels. What are you attempting to deconstruct in their masculinity?

I don’t know what femininity or masculinity means. Basically they’re very relative notions. Men all have a femininity to work on and challenge in themselves, whatever definition you want to give it. What I’ve noticed is that women are always reduced to their backsides, lips or hips, and I didn’t want to stick with this stereotypical performance of gender. As soon as a man dances with his pelvis, as soon as he sways his hips or undulates a bit too much, people take it as a sign of homosexuality. As for the heels, admittedly these days they’re feminine attributes – which historically wasn’t always the case by the way – but above all it was a way to challenge these men, put them in danger. Here too, I’m still trying to get round an obvious fact that heels don’t have to be put on feet; they can be used without necessarily being seen. It’s about putting the freedom of being, dancing and expressing yourself at the heart of the project.

The group of five men have their backs to us. What motivated this gesture? Can a back express as much as a face?

I really like imposing a radicality on myself – here, showing the performers’ backs. It seems to me that we tend to show our faces far too much and I wanted to tackle the backs of bodies and understand what it means for the audience to be deprived, to not see. Frontality is always a constraint for me. I’m also trying to get round it to upset the audience’s comfort. People are too comfortable, everything seems to come their way. I wanted to introduce a certain fragility into the show and work with this unknown. Showing their backs inevitably means hiding from view, showing that you’re not saying everything; the act of doing nothing face on leads to questions. The person behind is always curious about what’s going on in front and wants to break down borders to discover what’s going on.

The other radical gesture is nudity. Was it hard to persuade the dancers?

That’s true: showing your back also means exhibiting your backside. To start with I was afraid because some of them reacted against it and had a problem with it. Two bodies sticking together, especially two men, is not easy in our cultures. Nevertheless, I like taking risks and pushing the people working with me to go where they wouldn’t think of going. Dancing naked only interests me if it allows me to go somewhere other than we could clothed. Especially as naked bodies already have their own character and symbolics. You’re born and you die naked, that’s also what I’m investigating here. For example, I’m thinking of using pieces of white fabric, between a bed sheet and a shroud – the first witness of a birth and the material that envelops a dead person.

Your writing generally brings about states of energetic bodies, very physical, sometimes violent. Should we expect the same intensity despite the sensuality of the writing?

When people talk to me about my dance, they often talk about strength, but that doesn’t mean I’m dancing with my muscles. I can be inhabited, I can even be in a trance. There’s as much beauty and spirituality in my movements as there is physical energy. These states are influenced a great deal by my choreographic signature, for sure, but they also vary a lot according to the differences in energy and bodies that exist between the performers. As for the sensuality, it can depend on a lot of things: taste, age, sexual orientation… It doesn’t necessarily reside in the slowness or languidness of a gesture. What is certain is that I’m not looking for virtuosity, I’m looking for something else, something that shows above all that these men are alive, and that in particular they’re those lives.

You’re inspired by different urban dances, particularly in Brazil, that clearly run counter to masculine standards. What bodies do they put on stage?

When I do my research, I like going to places – whether they’re mines or favelas – to meet people. It’s in Brazil, in the shanty towns, that I saw young men do these dances that resembled certain aspects of dances in African festivities. Men have a pelvis that rolls all the time, they play around with their waist, they undulate. I wanted to go and see behind their backsides in a way, to reveal them and expose my vicious side. That’s why I wanted very stocky men with very well-developed buttocks, black performers, who in themselves are already exceptional bodies. I didn’t do auditions. I met Daouda at a workshop in Mali, Nadim in Tunis, I didn’t even see Lucas dance, I just thought he had an unusual face, and Vadel was DJing in the Roukasskass Club that I set up at the national choreographic development centre in Château-Thierry.

Ultimately, who is this rare man? Does he exist?

I haven’t really managed to give a name to him, I can’t define him because the mind has no colour – you can’t really describe him. He can exist in each of us, but he isn’t tangible. Initially I thought of rare material, like gold or oil, something that’s worth displacing, that you can only see if you make the effort to go to and see it. The rare man evades categorisation; he could be Jesus, Laurent Gbago or Bob Marley. He particularly has something to do with dignity, awareness and singularity, but also the ambiguity lurking in each of us that we can’t overcome. 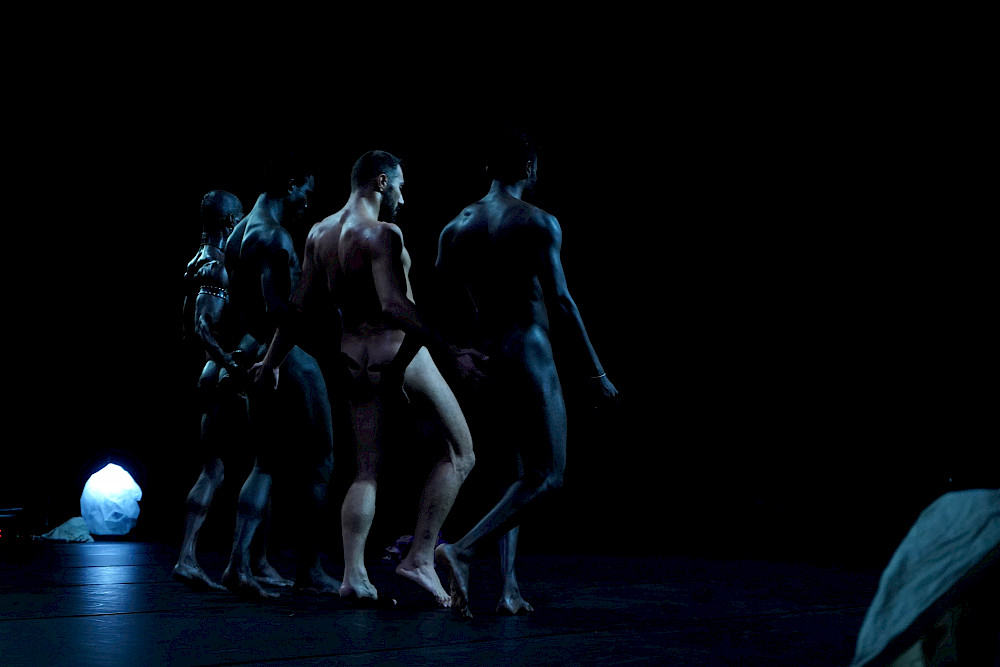 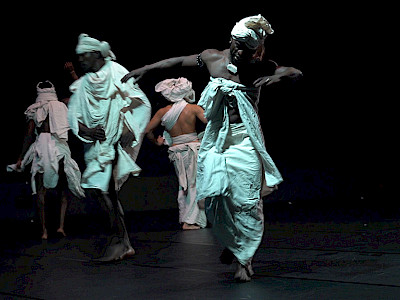 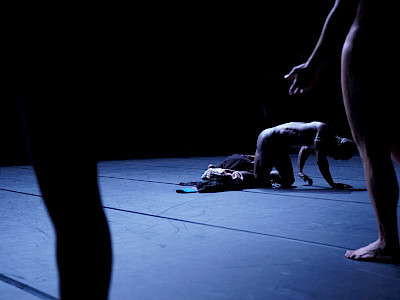