With her latest creation, Penelope Sleeps, Mette Edvardsen once more sets out to explore the vast field of literature. The Norwegian theatre-maker was at the festival in 2013 and 2017 with Time has fallen asleep in the afternoon sunshine, a unique project revolving around the act of embodying and rewriting books. Together with composer and performer Matteo Fargion, she has now created an essayistic opera to deconstruct the mythological figure of Penelope. We are familiar with Penelope as the woman who waited for years for her husband, Odysseus. She waits but does not await, however, and neither is her repose synonymous with resignation. In fact, her seeming passiveness conceals a tremendous force. Through this perspective, Penelope Sleeps analyses woman’s relation to the other and to the world. Voice (spoken, sung) and music (harmonium, synthesizer) create an intimate, minimalist dreamworld which you are invited to stretch out in.

Penelope Sleeps is a project that was supported by the Friends in 2019.

On the writing of Penelope Sleeps

‘Imagine a type of writing so hard to define its very name should be something like: an effort, an attempt, a trial. Surmise or hazard, followed likely by failure.’

The word essay comes from the French essayer, which means to try or to attempt and which is used here in its most open sense. My initial interest in the essay as a form – which, according to some, has no form, but creates its own rules – was in order to find a way to write the piece Penelope sleeps, an opera, while avoiding the grand gestures and narratives. I didn’t want to exclude stories or narratives as such, but to let different stories and materials mix, to let them co-exist without creating unity.

I wouldn’t say that the writing has no form (is that even possible?), and the rules I apply are really not always so clear. But there is an internal invented logic and the writing bends and adapts to the needs at any given moment of the process. The definitions of the essay as form are many and they are vague, but vague in the good sense of the word. The essay provided an open field in which to write the libretto for this opera, to write the piece.

I work with language as a material and for some years now I have been working with questions on writing, thinking of choreography as writing. I want to look at this larger notion of the written, not in opposition to the body or movement, but as an extension of it. What sort of writing does this yield? How does such writing come about – and what is it about? What generates writing if not writing itself?

If the main question was about setting music to text, then the world is full of beautiful writings that would easily lend themselves to such a purpose. Homer’s Odyssey, for one (and especially the new English translation by Emily Wilson). Similarly, we could have opted for an existing score. But our aim was not only the representation of opera, in staging and interpreting, but to work inside it. We wanted to be in the doing, as implied by one of the etymological meanings of the word opera in Italian: work and labour. As makers we are also performers in the work, and as such we can say that the work unfolds from within, where all the elements are material for the writing and making.

The text is important in its way of being very ordinary, and not really going anywhere. The text is there in order for something else to exist. It’s a form of emptying out, a withdrawal. The main thing is not what the story tells (the moral), but that we are listening. Meaning is addressed indirectly and sideways. My task, as I saw it, was not to write a story but to write in time. Moments, anecdotes, thoughts create a surface, like a blanket, that we can rest on for a moment. It’s a space to sink into and to be carried slowly away, a space to enter and listen.

The first element of the writing of this opera – in the way I consider that all the elements are part of the writing – was the supine position. By bringing the body into a lying position, into horizontality, the focus was on the voice and the physicality of it, not on gestures or the image. We are of course also creating a sort of image, a space, even if a rather minimal and static one. But perhaps it is a space to become part of and not just look at. In return, as material the lying position also proposed images of sleep and of death (not an unusual topic for opera), and of inactivity, resistance and refusal.

Penelope Sleeps is not about the mythological figure of Penelope, as the title may suggest, although she remains an important figure in the piece. In Homer’s Odyssey she often appears in the doorway, and for a long time during the process it wasn’t clear to me whether she was on her way in or out.

‘The Odyssey tells a story of a man whose grand adventure is simply to go back to his own home, where he tries to turn everything back to the way it was before he went away.’

Penelope is celebrated as an image of (sexual) loyalty, for having waited 20 years for her husband Odysseus to return from the Trojan War. I think of Penelope as a figure of refusal. She resists, she says no. And her saying ‘no’ is what makes the story (Odysseus’ return) possible. While his aim is to finish a war, to build a wooden horse, to return home, her aim is to hold off an end point, to avoid the end of the story. She remains forever in a state of becoming, not completion. She weaves by day and unweaves by night, and for as long as the weaving is unfinished, Penelope can carry on waiting and hoping, while keeping her suitors at bay, delaying the moment – and, in this way, mastering time.

I read and wrote through a variety of authors, figures and heroines in order to think, debate and make the piece, and as a pretext for my own writing. They took part in the process of writing and making. Since the writing does not precede the piece, and since there is no predefined topic or narrative, it is being developed in the moment of making the piece.

The piece is neither about a story, nor is it about opera. We did not really enter a discussion on the history of opera and where it is today. There was no desire or need to break with certain conventions or rules of opera, since in my case I never really knew them anyway. We were making a piece – an opera. It was about the voice and the internal inner space. How can we create a situation for an internal inner journey, one that is not dictated by the narrative, but where the narrative yields to us, brings us along, creating a field for us to rest upon, to wander and digress.

Thanks to: Embassy of Norway in Brussels 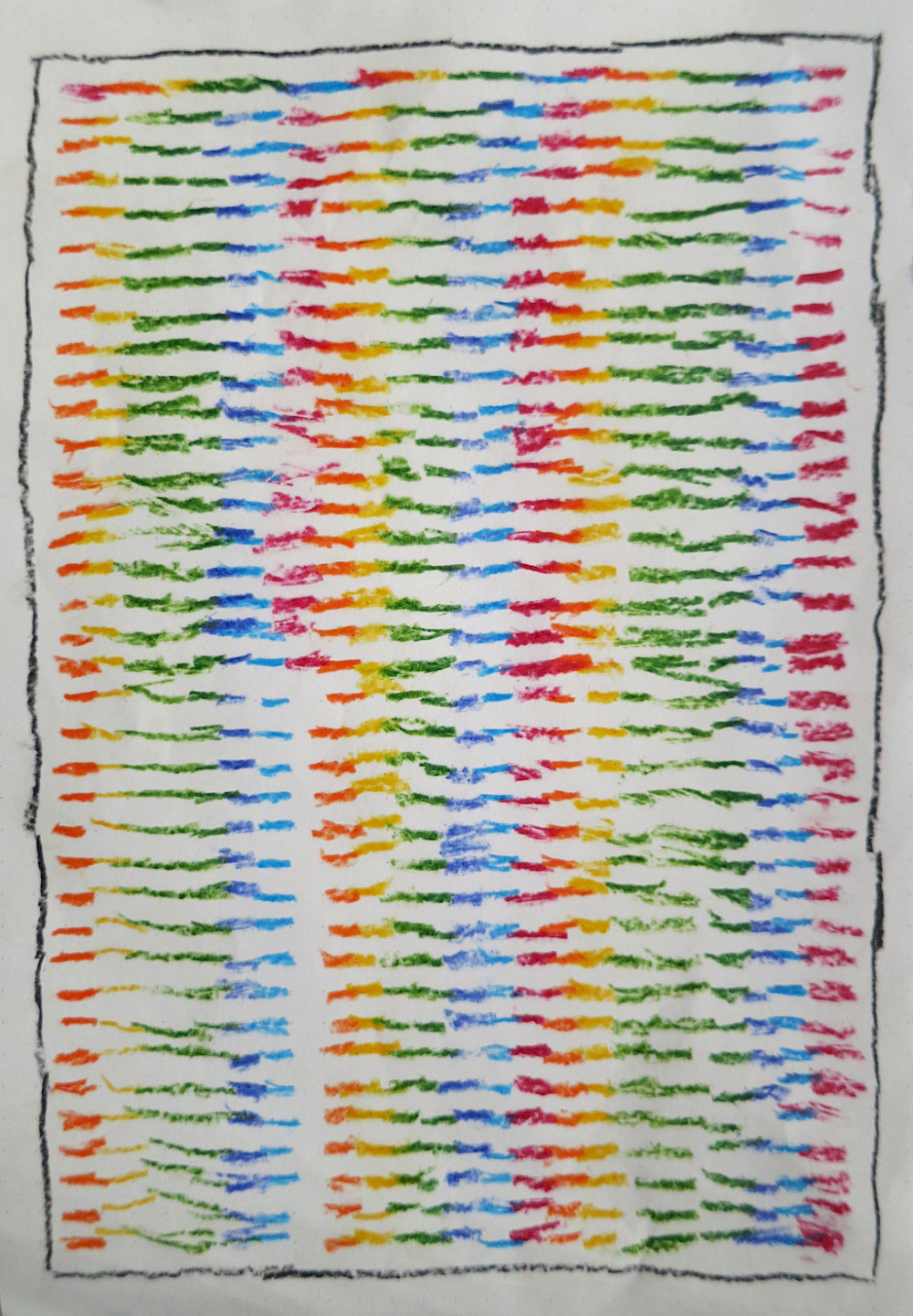 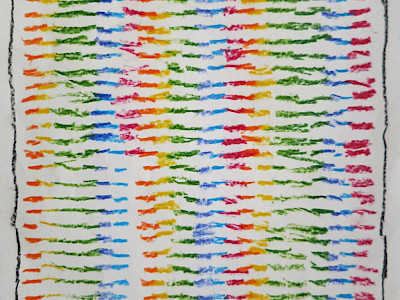 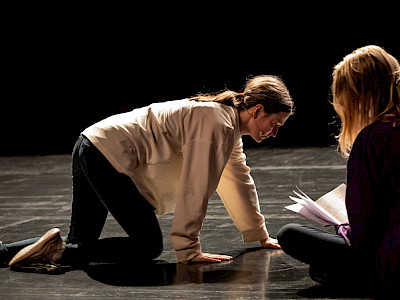 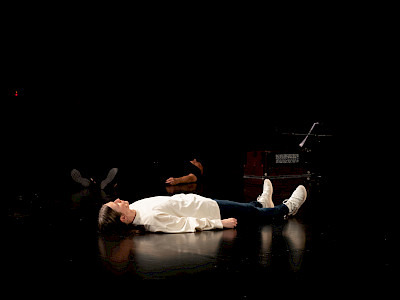 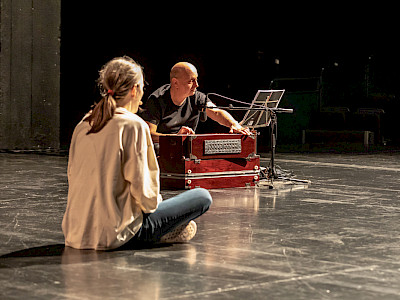 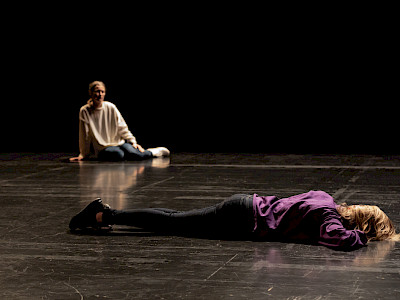 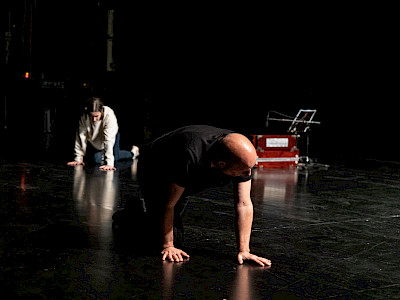